The Great British Sewing Bee 2022 contestants: Who is in the line-up for the BBC1 sewing competition? 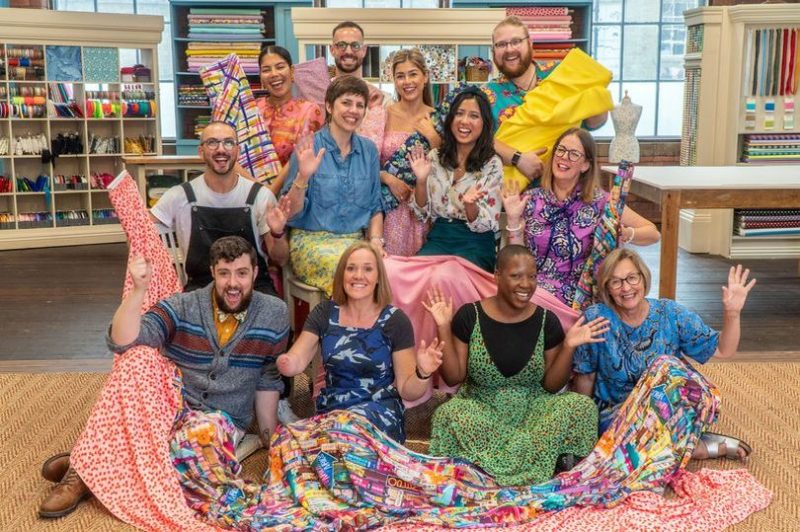 THE Great British Sewing Bee 2022 has arrived on BBC1 with comedian Sara Pascoe taking over from host and funnyman, Joe Lycett.

Meet the ambitious sewers that will be cutting, stitching and embellishing their way through the show’s challenges in hopes of being crowned the 2022 winner.

Who is competing in The Great British Sewing Bee 2022?

Angela is a Lancashire-based NHS health visitor and school nurse.

During the pandemic, she won an award for her work as a school nurse.

She has over 50 years of sewing experience and was taught by her mother who was a dressmaker.

Annie is a Surrey-based buyer for a high street fashion brand who rediscovered her love of sewing during the pandemic.

She credits her grandmother as her inspiration to start sewing.

Chichi is a London-based research analyst with a passion for upcycling vintage clothing.

Originally from Zimbabwe, she grew up in Somerset and Hampshire, before moving to London.

She is passionate about music and has an obsession with animal print.

Cristian is a manager of a high street store in London.

He grew up near Transylvania as one of six children.

He learnt to sew after he was gifted a sewing machine at 18.

more on bbc one


The new Doctor Who has been confirmed


The 100 best shows on BBC iPlayer to watch right now

Brogan is a Spanish and French teacher originally from Edinburgh.

She was inspired to start sewing after watching the very first series of The Great British Sewing Bee.

She now makes clothes for her sausage dog, Roger.

Debra is an Anglesey-based collector of vintage designer accessories.

She began sewing when she was just nine years old, and takes inspiration from luxury designers like Gucci and Chanel.

In her free time, she enjoys being active and can often be found sailing and snorkelling off Anglesey.

Gill is a public health intelligence analyst who has been interested in sewing for the last three years after her husband bought her a sewing machine.

She taught herself how to sew and insists that her love for numbers helps her in her sewing.

She now makes clothes for herself, her family and even her greyhound, Maureen.

Man Yee is a London-based actuary originally from Hong Kong.

Her passion for sewing began a decade ago when she and her friends wanted to dress up as a Japanese anime character for Comic-Con.

In her free time, she enjoys going climbing with friends.

Marnin is a Devon-based vet originally from Canada.

She is a Canadian First Nation member of the Maliseet tribe and has been sewing for 35 years.

Mitch taught himself how to sew by reading books and studying online.

He now runs a university theatre in Cumbria, working behind the scenes and directing when he gets the chance.

Mitch was once in an ABBA tribute band with his now-fiancee.

Richy is a professional baker who enjoys knitting in his spare time.

His trademark is homemade bowties, of which he has over 50.

Richy enjoys creating historical garments and often finds himself in a museum.

Steve is a Newcastle-based running coach who got into sewing during the UK lockdown.

He moved to Newcastle with his girlfriend after giving up his office job and is now a full time running coach.

He’s passionate about long-distance running and has competed in several ultramarathons.

When is The Great British Sewing Bee on TV?

The Great British Sewing Bee continues on BBC One, Wednesday, May 11, at 9 pm.

Previous seasons of the show are available to watch on BBC iPlayer.