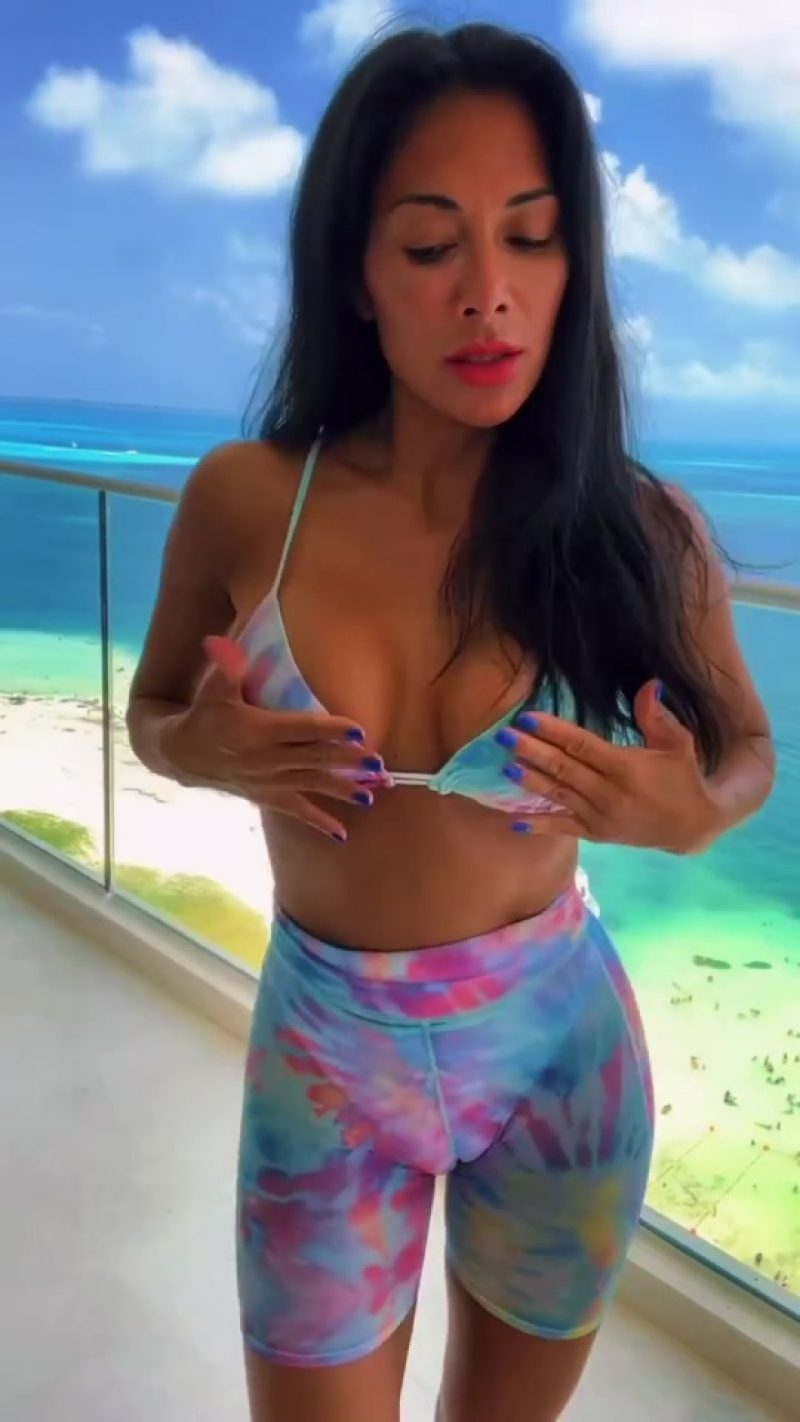 NICOLE Scherzinger looked amazing as she stripped off to tie-dye shorts and a matching bikini top after sparking pregnancy rumours earlier this year.

The Don’t Cha singer, who is currently on holiday in Mexico, left little to the imagination in the very revealing outfit as she danced along to Lizzo’s song About Damn Time.

Nicole is living her best life in Mexico

Taking to Instagram, Nicole, 43, shared her best moves with her 5.2 million followers.

The Pussycat Doll danced and mimed along to the hit tune on a balcony with some stunning views of Cancun.

Nicole rocked the au natural look with not an inch of make-up on.

The strappy bikini top showed off her daring assets and matching shorts emphasised her tiny waist and ripped abs.

However Nicole pointed out that she suffered a tiny wardrobe malfunction.

She captioned the post: “It’s the tie dye camel toe for me #trynabringoutthefabulous.”

Many rushed to the comments to praise her stunning looks and serious dance moves.

Meanwhile others found the caption hilarious.

Another said: “Caption has me WEAK .”

Nicole also showed off her incredible body while posing in a bright pink bikini.

In one picture the star posed up against a wall as she gave a sexy look into the camera, while in another she looked away standing on her balcony of the Breathless Cancun Soul Resort & Spa.

It comes after Nicole sparked more rumours that she and Thom Evans, 36, were expecting their first child back in February.

She raised eyebrows at a friend’s wedding when the rugby star filmed her in a baggy dress as she cradled a baby.

It’s not the first time Nicole has had fans wondering whether or not she’s pregnant.

In 2020 her followers were convinced they spotted a bump when she uploaded a new video to Instagram.

How to stop your paddling pool filling with bugs, and killing the grass

Days later she appeared to demolish claims she is pregnant – as the star posed in a bikini sipping a cocktail.

Thom and Nicole started dating in 2019.