New on Netflix: Latest releases and what to watch this week 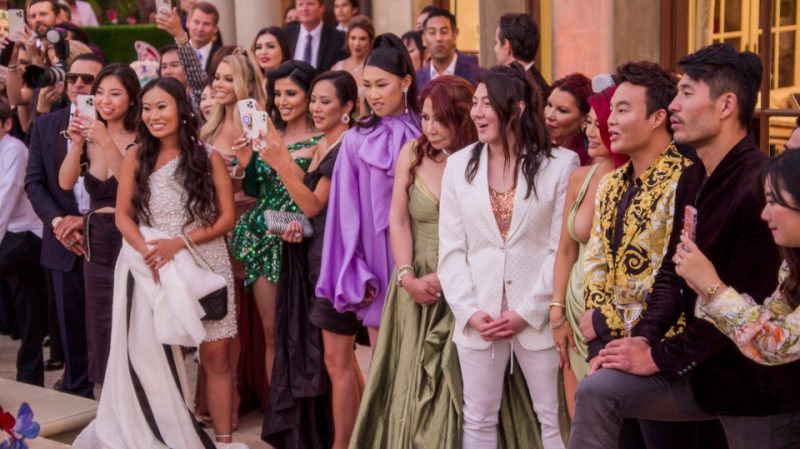 NETFLIX is keeping the nation entertained over the next week with more new releases coming out all the time.

The streaming giant will be dropping different movies and TV shows on their site.

Los Angeles’s beloved uber-rich Asians are back with even more luxury, glamor and crazy.

This season, a romance between Kevin and Kim percolates, Cherie and Jessey’s relationship is questioned, and Kane and Kevin’s best bud friendship is tested.

But through it all, the one thing these friends hold dearest to their hearts is their love for each other…and of course, impeccable style.

A high-school cheerleader falls into a coma before her prom.

Twenty years later, she awakens and wants to return to high school to reclaim her status and become prom queen.

Mick Wyss lives his life as a consultant in Zurich in the fast lane.

When his father takes his own life, however, he is forced to return to the family’s farm and take care of essentials at short notice.

Most Read on Netflix


New on Netflix: Latest releases and what to watch over the next seven days


Never Have I Ever: When does season 3 premiere on Netflix?

Together with his mother Katharina, his grandmother Trudi, his sister Sarah and his brother Lorenz, Mick has to ask himself what the family should do with the indebted farm.

The mayor already has plans and makes the family a lucrative offer. Neumatt is the story of a family in the tension between town and country, who are fighting to keep their farm and have to deal with the complex challenges of modern agriculture and the current dairy industry.

​Mickey Haller (Manuel Garcia-Rulfo), an iconoclastic idealist, runs his law practice out of the back seat of his Lincoln, as he takes on cases big and small across the expansive city of Los Angeles.

Based on the series of bestselling novels by renowned author Michael Connelly, the first season is based on the second book in The Lincoln Lawyer series, The Brass Verdict.

Fifteen years ago, Don and Grace Bhengu tested a toxic product on a group of children living on the streets.

Now one of the two survivors, Zinhle Manzini, returns to seek revenge.

Zinhle becomes the invisible force that exposes family secrets, leading the Bhengus down a path of destruction.

But innocent people get hurt along the way, while Zinhle’s own darkness threatens to consume her.

Zinhle has to decide whether she wants justice or pure, cold revenge.

When Verónica disappears, her sister begins a race against time to find her.

In her search, Cecilia will have to fight against the authorities’ negligence, society’s prejudices, and harassment from the media.

Jacoba Ballard was an only child, conceived via donor sperm, who always dreamed of having a brother or sister.

An at-home DNA test led her to the discovery of not one but seven half-siblings – a number that defied best practices in fertility medicine.

As the group set out to learn more about their curious family tree, they soon discovered the sickening truth: Their parents’ fertility doctor had been inseminating his patients with his own sperm – without their knowledge or consent.

As Ballard and her newfound siblings realized they’ve barely begun to untangle his dark web of deceit, their pursuit of justice lies at the heart of this profoundly unsettling story about an unimaginable breach of trust.

Christina P is back and better than ever in her new Netflix comedy special Mom Genes.

No detail is too intimate as Christina hilariously shares the trials and tribulations of motherhood, marriage, and everything in between.

Filmed at the Gramercy Theatre in New York City,.

Along For the Ride
The Takedown

Anatomy of a Scandal

The In Between
Dirty Lines – Season 1
Metal Lords.
Dancing on Glass

Senzo: Murder of a Soccer Star
Return To Space

Michela Giraud: The Truth, I Swear!
The Ultimatum: Marry or Move On

Get Organized with The Home Edit – Season 2

Adam by Eve: A live in Animation
Catherine Cohen: The Twist…? She’s Gorgeous

The Adam Project
Life After Death With Tyler Henry – Season 1

Love, Life & Everything in Between – Season 1

An Astrological Guide for Broken Hearts – Season 2
Taylor Tomlinson: Look At You
Last One Standing – Season 1

Pieces of Her – Season 1
Nightride

The standard package for Netflix is £10.99 per month. This means two devices can be used to watch it at the same time. You can sign up here, and cancel your subscription any time.

To watch content that’s only available abroad, head to our pick of the best VPN for Netflix.

What’s on Netflix and Amazon Prime?

Looking for a new Netflix series to binge or the best movies to watch on Amazon Prime? We have you covered…