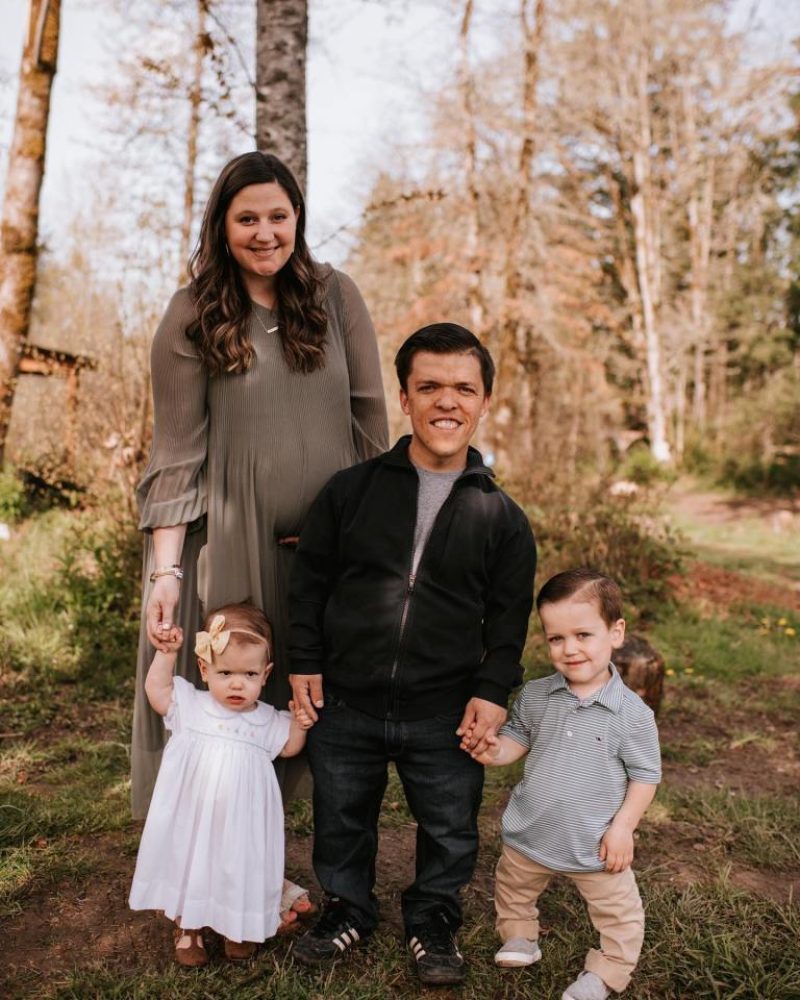 LITTLE People’s Tori Roloff has shared the FIRST photo of her husband Zach Roloff and all three kids.

Last week, the reality star and Zach – whose parents are the famed Matt and Amy Roloff – added baby Josiah to their family.

Tori, 31, celebrated her hubby’s birthday with their first full family photo – minus herself that is.

Newborn Josiah was held by his dad as siblings Jackson, four, and Lilah, two smiled beside a cake on the kitchen table.

The sweet snap taken in their all-white modern kitchen is the first to include the three children and Zach too.

Tori captioned her photo to her Instagram Stories, “happy birthday,” tagging her man.

On Mother’s Day, Tori revealed a raw message about her childbirth journey for Josiah Luke.

The TLC star wrote, in part: “You see the best moments on Instagram.”

“The recovery was so intense in the beginning. The hospital was an actual nightmare (not because of the hospital but just events that transpired) and I’m so thankful for all the help we got.”

Tori went on: “Everyone kept telling my after the fact how hard c section #3 is… they’re right. I don’t remember pain like that!

“My pain was so bad the first night home we almost called 911. Luckily I was able to get on track with medication after that.”

She added: “Thankfully Josiah is the actual easiest baby. He’s been so chill and calm through everything we’ve gone through in the last week.

Tori announced the news on her Instagram page with a sweet photo.

“You surprised us all by coming early, but also the wait felt like a lifetime! Best birthday present ever!”

In November 2021, the LPBW star announced she was pregnant with her third child, revealing to fans that she expected the baby to arrive in “Spring 2022” which he did!

Speaking of spring, the Roloff’s reality series is returning for season 23 in just days – TLC’s new season will air on May 17.

The show follows the Roloff family through their ups and downs while living on their 34-acre Oregon pumpkin farm.

The coronavirus pandemic had pushed filming back, which ultimately led to delayed future seasons – as did a recent fire.

Season 23 will follow Tori and her growing family, along with her mother-in-law Amy, 57, and her new husband Chris Marek, 59.

It also sees, per a recent trailer, Zach and Matt exploding in an argument as to who will take over the farm is still undecided.

While that is up for question, less ambiguous is how son Jacob Roloff feels about being on-camera.

The family member shaded his family recently on Twitter for “selling their souls” to TV and decidedly exited the show years ago though perhaps not unjustly.