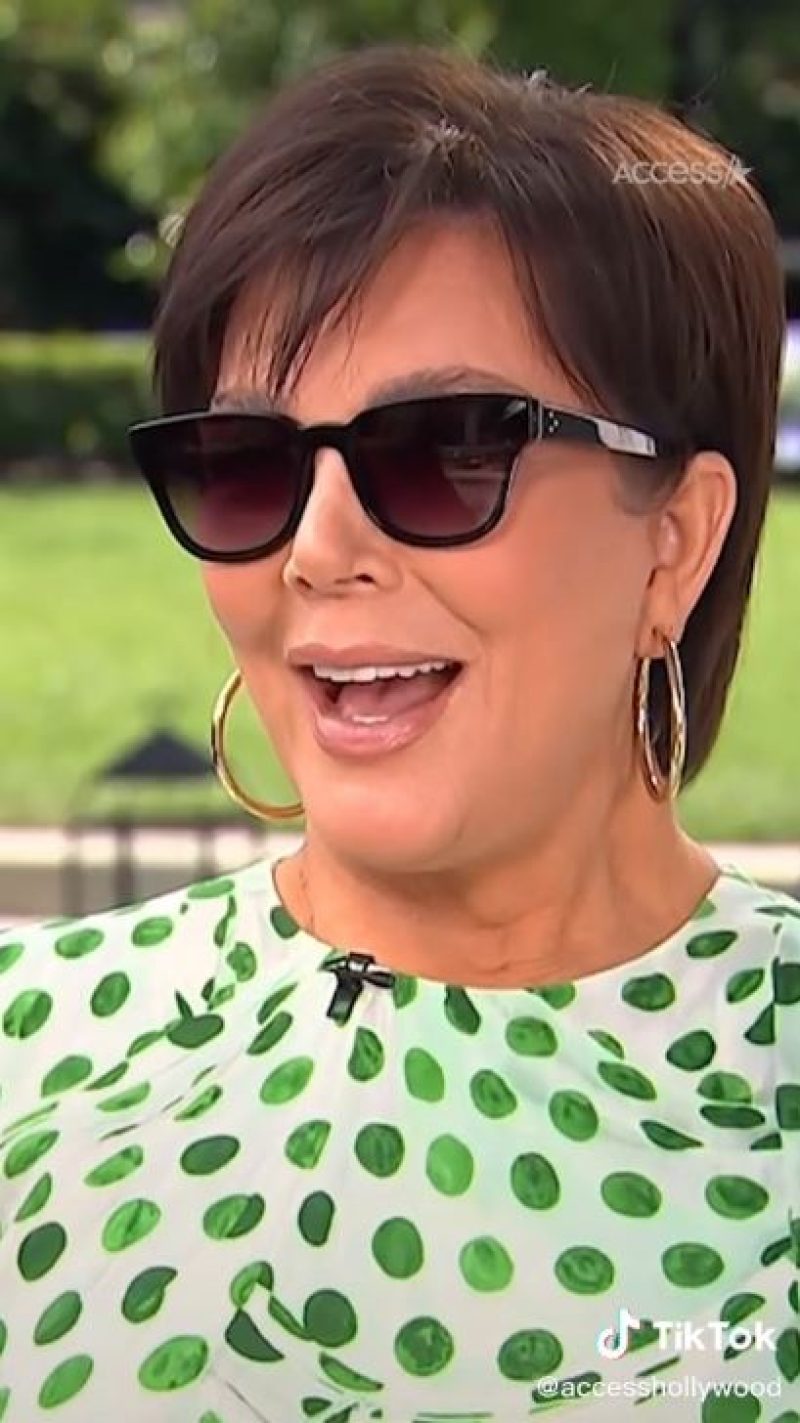 KRIS Jenner has revealed her current favorite child as the chosen one helped clean out her bathroom.

The Keeping Up With the Kardashians alum has previously been slammed for favoring certain kids more than others.

Now Kris, 66, has claimed that her current favorite is Khloe Kardashian, 37.

During a recent interview with Access Hollywood shared on TikTok, the reality star revealed that the youngest Kardashian daughter helped her clean out her bathroom.

The interviewer began the conversation, saying: “When we spoke last time we were teasing.

“I said okay which is mom’s current favorite right now? And all the kids put up Kylie and Kendall.

Kris posts throwback photos & hints at which child is her favorite

“Has it changed since last time?” she asked.

Kris replied: “Um I think today might be Khloe. Yeah, Khloe. Cause she’s at my house right now cleaning my bathroom.

“She keeps calling me going, why do you have this junk? I said so throw it away.

“She had to go use my bathroom or something but she ended up reorganizing the whole thing cause that’s what we do,” she explained.

Kris has caused controversy in the past over choosing favorites among her six children, Kourtney, Kim, Khloe, Rob, Kendall, and Kylie.

Although for years Kim, 41, was widely known as her favored daughter, the tides recently changed and many believe Kylie, 24, has taken the leading role.

But last week on Mother’s Day the momager may have hinted at who’s her newest golden child in the Instagram post honoring the holiday.

Kris gave a shoutout to her kids in a lengthy message calling them her “purpose” and “inspiration.”

She wrote: “Being a mother and grandmother is my greatest joy in life. @kourtneykardash @kimkardashian @robkardashian @khloekardashian @kendalljenner @kyliejenner you are my purpose, my inspiration, my life, my very heart and soul!!!

“I thank God every day for making me your mom and for blessing me with so much love! I am so proud of each of you.”

The Hulu star also included a special message for her daughters, celebrating the day with their children.

She continued: “To my beautiful daughters who are mommies, @kourtneyKardash @kimkardashian @khloekardashian @kyliejenner, you all inspire me and teach me new things about motherhood every day.

“You are the best mommies and I couldn’t be more proud of you! I am so blessed with beautiful grandbabies who fill my life with more joy than I could have ever dreamed of, and I love you all more than words can say!!

“Happy Mother’s Day to all the moms out there. #HappyMothersDay“

Kris accompanied her message with snaps of her daughters from recent years, dressed in full glam.

The TV star shares her four older children with her late ex-husband Robert Kardashian and her two youngest daughters with her ex, Caitlyn Jenner.

The 66-year-old’s eldest children, Kourtney, 43, and Kim appeared to steal the spotlight in most of the shots.

The photogenic duo commanded the lens in a couple of photos alongside their little sister, Khloe, 37, and one with just mom.

The eldest Kardashian siblings have also given Kris the most grandchildren.

BABY OF THE FAMILY

But Kylie has widely been considered Kris’ favorite in the past several years, both by her sisters and KUWTK viewers.

In a joint interview with Ellen DeGeneres shortly after Kylie became a billionaire at 21, Ellen asked Kris: “She must be your favorite child, I would assume.”

Kris said Kylie was her favorite after she hit billionaire status