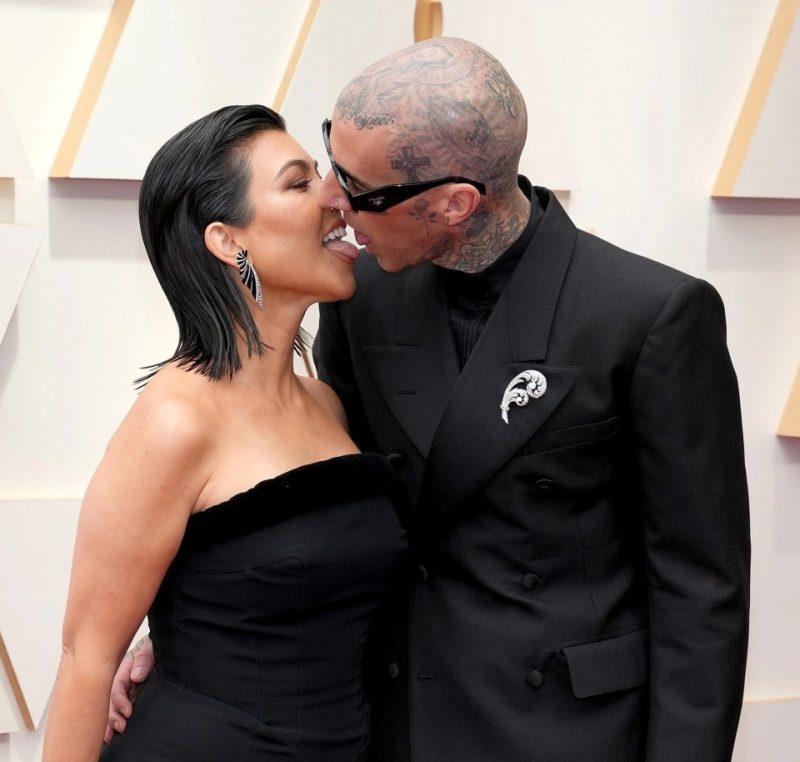 The 43-year-old’s supporters were concerned after she revealed her IVF medication had put her into depression.

One user said Kourtney’s depression, coupled with her and Travis’ extreme PDA and her changing sense of style to fit Travis were signs that the relationship is doomed.

The Poosh founder opened up about her mental health struggles to her mom Kris Jenner in the second episode of The Kardashians.

“The medication that they’ve been giving me, they put me into menopause. It basically put me into depression,” she said.

Kris replied: “I feel like I’ve never seen you happier so the depression thing surprises me.”

Kourtney said: “And I have everything in the world to be happy about.

“I just feel a little bit off. I’m super moody and hormonal. Like, I’m a lunatic half the time.”

The user on Reddit wrote: “The fact that she openly was saying how she went into depression (supposedly because of the IVF treatment) and Kris said she was surprised just goes to show that this family bulldozes over red flags as if they don’t even see them.

“Experiencing depression within the first year of a new relationship is a red flag.”

The fan added: “The extreme PDA is degrading. The fact that she dresses punk and is vegan now is also a red flag.”

Another fan agreed, posting: “Their excessive PDA is almost embarrassing and it comes off as controlling to me.

“I also noticed her dressing differently now that she’s with Travis and it’s like nothing exists in her world but him. It almost feels like an obsession but in a bad way?”

Kourtney and Travis – who tied the knot in Las Vegas without a marriage license last month – have come under fire in the past for their PDA.

They were slammed earlier this month for making “gross” sexual comments in front of a nurse.

The couple made suggestive remarks about Travis putting his sperm in a sample cup during a visit to a fertility doctor for egg retrieval.

In a previous episode of The Kardashians, the couple faced backlash for grinding in front of a realtor during a house tour.

In the scene, they went to view a mansion they could potentially move into in the future.

When they got to the huge backyard, the rocker sat on a couch and beckoned for Kourtney to sit on his lap.

With the realtor standing just yards away from him, Kourtney straddled the musician and put her arms around his neck.

Travis grabbed her butt with both hands, before playing with the buttons on the front of her minidress.

Kourtney has three kids with her ex of 10 years Scott Disick – Mason, 12, Penelope, and Reign, seven.