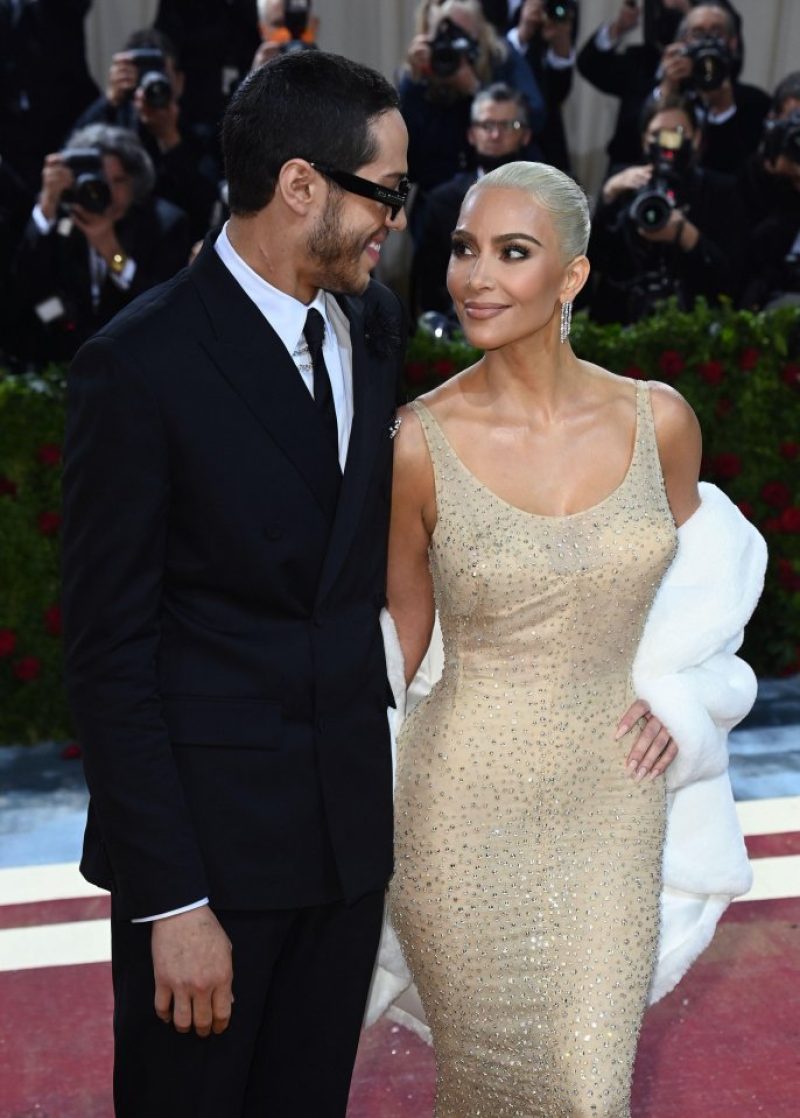 KIM Kardashian’s inner circle has explained the reality star’s feelings toward comedian Pete Davidson as their relationship heats up.

Former Keeping Up with the Kardashians star Adrienne Bailon dished about her friend’s blossomed romance with the SNL star.

During an appearance on the Behind The Velvet Rope with David Yontef podcast, the Cheetah Girls star told the host that she’s rooting for Kim and Pete‘s relationship.

“She seems happy. And so I’m like Bravo like I’m always for someone’s happiness. Pete, I’ve got to be honest.”

Adrienne, who dated Kim’s brother Rob Kardashian from 2007 to 2009, continued to praise Kim’s choice of men, saying she is also attracted to “funny” guys.

“I think he’s cute. I am the kind of girl that totally falls for funny. I love a guy with a dope personality. Funny, edgy. I love a guy that’s going to encourage me to be who I am and is going to kind of let me let my hair down and have some fun.”

She continued to boast about the King of Staten Island star’s personality, saying: “Like, he seems like he doesn’t care. Like he’s not for the Hollywood shenanigans. He’s very straightforward. He don’t like, and I feel like that energy is just beautiful. So I’m into it.”

The Real talk show host also gushed over Kim and Pete’s newfound connection, saying that the SKIMS founder “deserves” a partner who supports her endeavors, as the 28-year-old does.

Adrienne, who has been married to singer/songwriter, Israel Houghton since 2016, had some tips for Kim on marriage, pinning her and Pete as the perfect match.

“Marry a guy that makes you laugh, marry a guy that you actually like. I was just talking to my friend about this. She’s like, ‘I don’t know. It just seems like love doesn’t last.’

Since they began dating, fans have become fascinated with the fashion mogul and stand-up comedian.

The pair were first linked after locking lips in an Aladdin sketch during Kim’s Saturday Night Live hosting debut in October 2021.

The moment proved to be magical between the lovebirds as their relationship has gotten more serious ever since.

Kim opened up about the kiss during a recent interview on the “Not Skinny But Not Fat” podcast, admitting that sparks flew.

“It was a stage kiss, but it was still a little zing. It wasn’t anything like a super, crazy feeling,” the TV star confessed.

The 41-year-old also detailed the days after, revealing she couldn’t escape the moment from her mind.

“I was like, ‘Wow, I really haven’t kissed anyone else in 10 years, so maybe I’m just, like, being stupid, and it’s just nothing,” Kim said, referring to her decade-long romance with her ex-husband, Kanye West.

“And then a few days later, I was like, ‘Hmm, there is some BDE action,’” she added.

Fans agreed that Pete’s big energy might be the culprit behind his attraction as he previously dated famous beauties, including Ariana Grande, Kate Beckinsale, and Kaia Gerber.

Another posted: “I think she’s saying the title of the song because Ariana Grande had mention he was well endowed, lol.”

GettyAdrienne gushed over Pete and Kim’s romance, saying that Kim ‘deserves’ someone who will support her like the comic does[/caption]