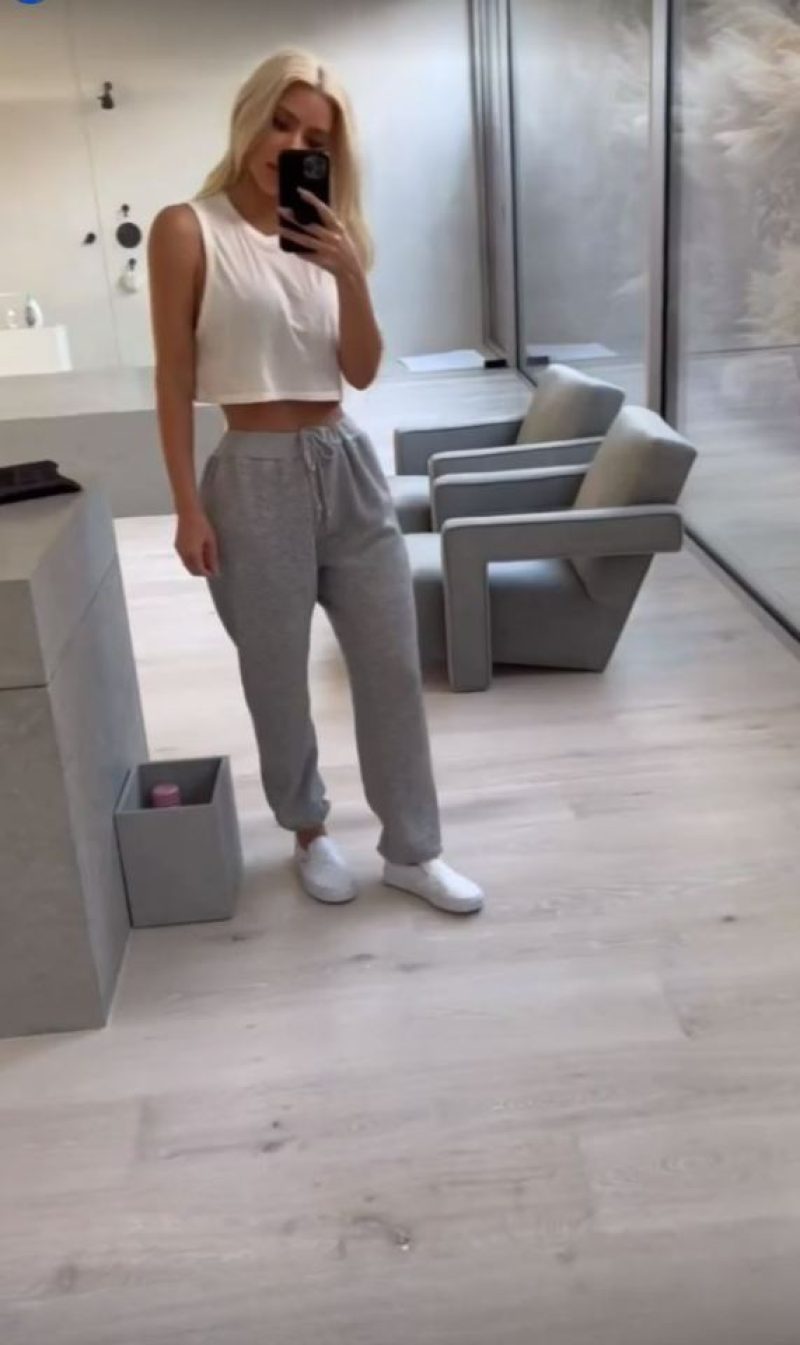 KIM Kardashian has sparked concern amongst fans with her tiny waist and thin frame.

The Hulu star wore a crop top, which is part of her SKIMS collection, in a new Instagram video, inside her $60M LA home.

“So, I just woke up and this is my boyfriend collection tank, which I’m obsessed with,” Kim said as she played with her hair.

“And I’m going to wear it to school dropoff, with a hoodie over it,” she said, standing in front of a mirror.

The reality star showed off her new blonde hair and her outfit, which consisted of a white boyfriend tee and grey joggers.

“But this is like a really good basic,” the 41-year-old said, tugging on the shirt.

In the third video posted to a Kardashian Instagram page, which was originally on Kim’s stories, she wore the boyfriend tee with white shorts.

“Wait. This is so cute. This is the new boyfriend collection. I love this tank. So comfy. So cute just to sleep in,” she said, as she stood in her walk-in closet.

In the next few slides, she showed off the new colors for their Fits Everybody Neons collection.

While fans loved the shirt, they were concerned about how tiny her waist is and think the SKIMS founder is getting too skinny.

Fans ran to the comments of the Kardashian fan page saying that Kim’s frame is very tiny.

“Okay Kim let’s go back to eating now,” said one fan who added a cringing emoji.

“She looks TOO thin for me,” said a third.

Other fans complained about the prices of her new collection and said that they want her closet.

However, back in December 2020, when Kim debuted her super skinny waist, fans were praising her for how good she looked.

She took to Instagram to post the pics sporting tight leather animal print pants and a small tank top exposing her belly under a brown coat.

One person wrote,” What’s a waist,” while another added, “Skinny legend.”

While showing off her new SKIMS collection, Kim also subtly showed off her walk-in closet.

The reality star appeared to own dozens of purses from the expensive brand, Birkin, estimated to be worth $1 million.

The closet is in her $60M home, which she scored in the divorce from Kanye West.

Sources told the TMZ that Kim and Kanye negotiated a buyout price for the home, which they essentially rebuilt from the ground up together during their marriage.

The pair purchased the LA mansion 2014 for $20 million, though have invested millions into the renovation process.

Back in April 2018, Kim’s mom Kris Jenner revealed that the house cost $60million on Twitter.

Kim stays in the house with her and Kanye’s four kids- North, Saint, Psalm, and Chicago.