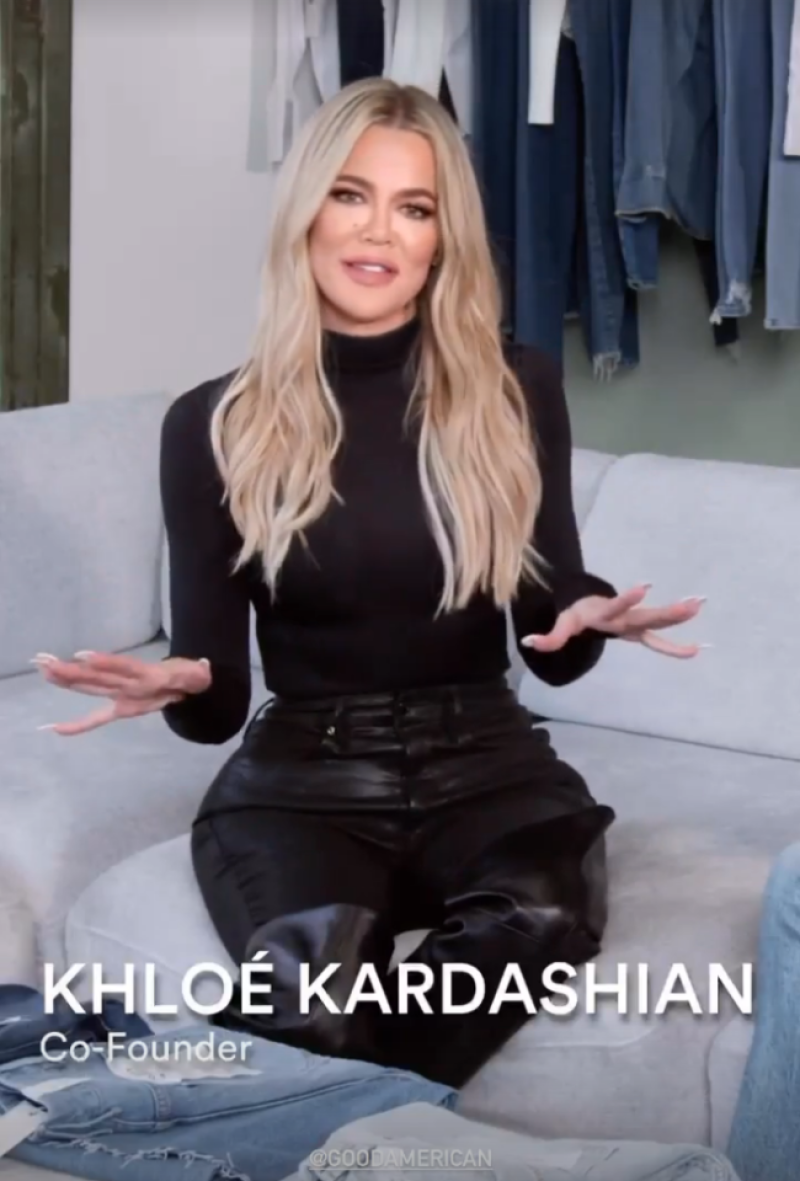 The 37-year-old has sparked concern with her drastic weight loss in recent months following her ex Tristan Thompson‘s cheating scandal.

Khloe has sparked concern with her weight loss in recent months

Khloe displayed her toned figure in a black poloneck bodysuit and leather-look pants as well as thigh-high leather boots.

The reality star appeared in a video with her Good American co-founder Emma Grede to promote their new range of jeans.

She stood up and gave the camera to show off the leather-look pants she had on.

“I love this,” Khloe said, while stroking the pants. “Even better [than leather] because you can move around too.”

Khloe has raised eyebrows with her weight loss evident in her Good American ads and social media photos.

In March a TikTok user with the handle “ImLauriee” shared their concern over how quickly Khloe appeared to have lost weight.

“Can we talk about how skinny Khloe Kardashian has gotten?” she said.

“Her legs are so small. Should we be blaming Tristan? I just don’t understand. I’m concerned.”

Tristan – who shares daughter True with Khloe – fathered a child with Maralee Nichols back in December 2021.

In January, he admitted in a lengthy Instagram post that he is indeed the father of Maralee’s child.

After the NBA player revealed the paternity results, he also issued a public apology to Khloe.

“You don’t deserve the way I have treated you over the years. My actions have certainly not lined up with the way I view you.

“I have the utmost respect and love for you, regardless of what you may think. Again I am so incredibly sorry.”

The exes were in an exclusive relationship at the time of Tristan’s affair with Maralee.

E! NetworksShe split from Tristan Thompson after he fathered a child with another woman[/caption]