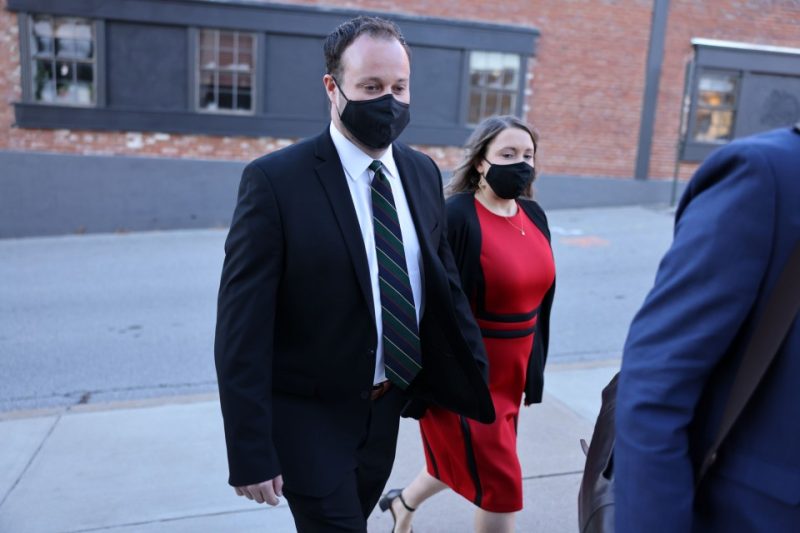 JOSH Duggar’s wife Anna has turned into a “shell of a woman” but refuses to divorce the disgraced star, multiple sources have exclusively told The Sun.

The father of seven, 34, was found guilty of child pornography charges last year, and is scheduled to be sentenced later this month.

Anna stood by him throughout the grueling trial, and a source claimed she has no plans to leave him due to their religious beliefs.

“Anna is a shell of a woman at the moment, but she is choosing to stay with Josh. They will not be getting a divorce,” an insider exclusively told The Sun.

“She will visit him when she’s allowed, as she still firmly believes he’s innocent and it was all a set-up.

“Anna is still living at the compound on the Duggar’s land near the main family home and has no plans to move at this time.

“Jim Bob and Michelle don’t believe in divorce at all. So because of that they have told friends that they will financially support Anna and the kids.

“They said Anna has no vocation, has never worked and has no means to support herself and the kids.”

The source added: “Some of Jim Bob’s friends were pretty appalled that he wouldn’t encourage Anna to divorce Josh, or at least tell her that she didn’t have to stay. It sends a bad message to the kids.”

The Sun was previously provided Josh’s video and call logs exclusively by The SoJo Files podcast.

The 33-year-old mom of seven has made more than 100 calls to her spouse since he was locked up.

The Sun can exclusively reveal the couple sold their Arkansas dream home just before the trial.

Anna listed their four-bedroom, four-bathroom home in Springdale, Arkansas for $799,000 in September 2020.

Meanwhile, Josh requested to postpone his April 5 sentencing by 30 days while he remained behind bars at Washington County Jail in Arkansas.

The Sun exclusively revealed Judge Timothy L. Brooks approved the request and gave him an additional month, as his sentencing has been scheduled to May 25.

Prosecutors responded by claiming: “The evidence of the defendant’s guilt is clear and overwhelming.”

A judge has not yet ruled on the appeal.

The Presentence Investigation Report, which helps determine the appropriate sentence, was completed in February.

Josh’s legal team filed an objection to the findings, though all documents are sealed.

He was arrested and charged with possessing and receiving child pornography in April 2021 after Homeland Security raided his used car lot, Wholesale Motorcars, in November 2019.