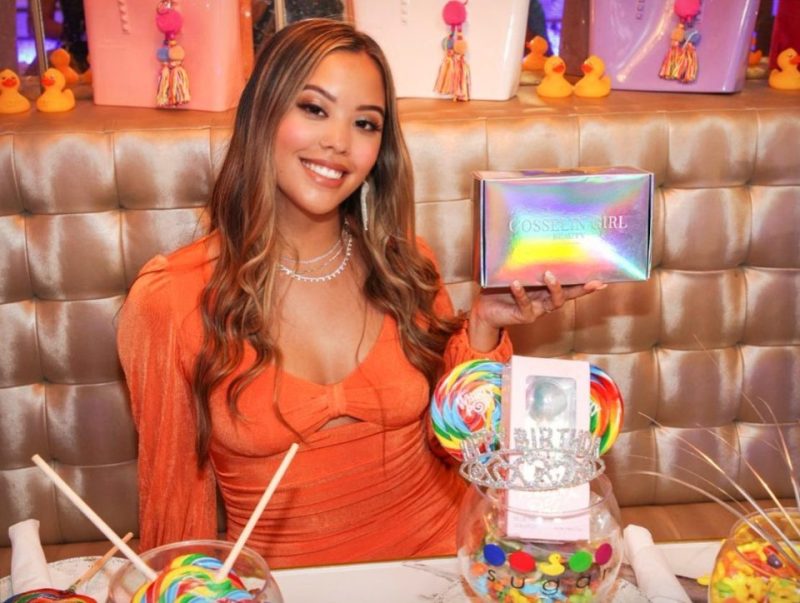 HANNAH Gosselin has revealed a text message from her estranged mom Kate sent in honor of her 18th birthday.

The Kate Plus 8 star was nearly unrecognizable on her big day as she launched a new beauty brand.

She received a text from her estranged momRex

Now Hannah, 18, has leaked a text from her estranged mom Kate, 47, sent in honor of her birthday.

In an interview with ET, the reality star revealed that her mom did contact her with an “average” message.

“She just, you know, wished me a happy birthday. You know, told me she loved me and it was great an average birthday text,” the child star shared.

After her parent’s nasty split, Hannah and her brother Collin chose to live with their father, Jon, 45.

The rest of the sextuplets, Leah, Alexis, Joel, and Aaden, and older twins Mady and Cara, both 21, live with their mother Kate, 47.

In regards to the birthday spent away from her sextuplet brothers and sisters, the TLC star admitted: “Oh, 100 percent, I miss my siblings.

“I mean, we all do share, like, the same birthday, it’s a big day for all of us today. As soon as I woke up they texted me happy birthday and I sent them a happy birthday text back.”

In honor of her transition into adulthood, Hannah has launched her own business venture, a makeup brand called Gosselin Girl Beauty.

The reality star took to her Instagram to share a beautiful photoshoot in promotion of her new adventure.

Hannah gazed toward the camera while seated in a white Rolls Royce with orange seats to match her outfit.

In March, Jon and Hannah enjoyed a mini-vacation to Miami as the teen plans to enroll in a Florida college alongside operating her new business venture.

The future beauty mogul spoke about their trip in her conversation with ET, saying: “Oh the Rolls Royce was amazing.

“I was like, oh, new dream car and it had an all orange interior. It was gorgeous. I went to Miami and my four best friends joined me down there and we threw this big birthday thing at The Sugar Factory.

“It was amazing, I was so astonished by, like, I really didn’t think it was gonna be that big and I was so excited.”

A source previously told The Sun that Jon hopes to make the most of his last year with the two under his watch before they leave for college.

“Jon can’t believe his kids are almost 18,” an insider told The Sun.

“He wants to make sure he makes the best of his last year with Hannah and Collin.

“He still has high hopes that when his other kids turn 18 they can make their own decision to hopefully rekindle their relationship with him.”