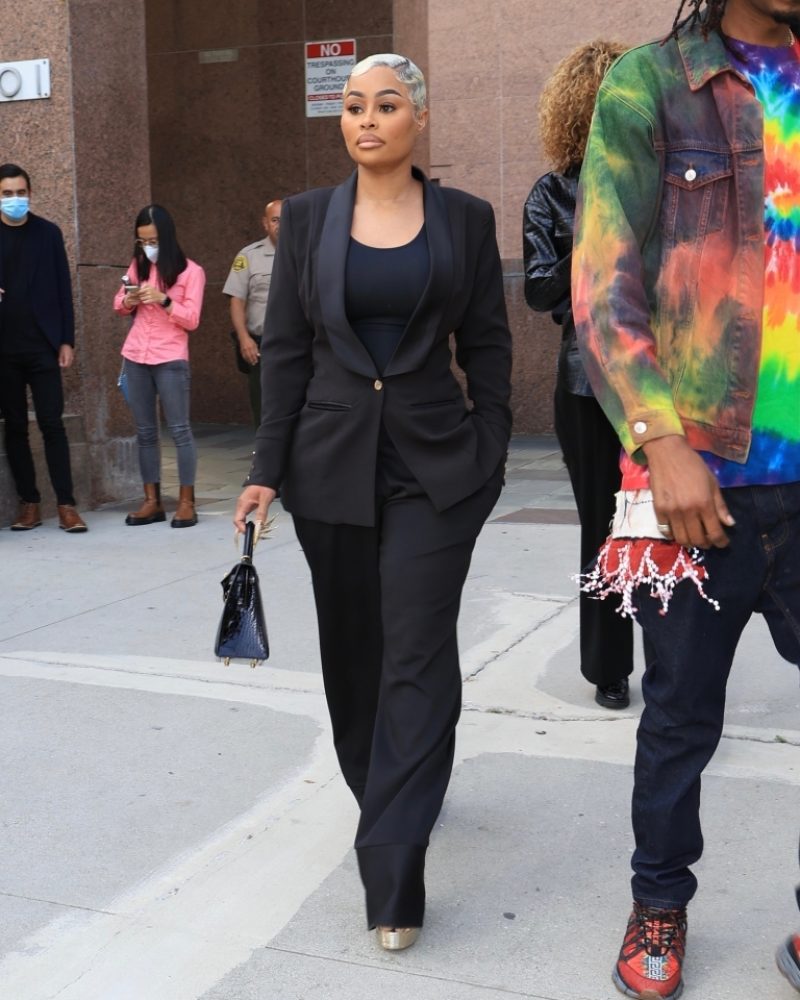 BLAC Chyna has slammed the judge in her $100million lawsuit against the Kardashians, calling him “hostile” and “biased”.

The 33-year-old filed a peremptory challenge against Los Angeles Superior Court Judge Gregory W. Alarcon after he ruled in favor of the Kar-Jenner family last week.

She lost her lawsuit against Kim, Khloe, Kylie and KrisGetty Images – Getty

Chyna thinks Alarcon “exhibited an ‘undeniably hostile and extremely biased’ attitude towards her” and her attorney Lynne Ciani since April 19 and April 20, according to documents obtained by PEOPLE.

She believes Alarcon’s alleged bias impacted several parts of her defamation lawsuit against the Kardashians.

She claims it affected “the jury making ‘key liability verdicts in her favor’” as well as her being “denied due process with regard to the jury instructions and special verdict form”.

Chyna’s challenge has not been scanned in the system yet, but the Kardashians have already responded with a 20-page opposition.

Blac Chyna’s being ‘investigated for BATTERY’ after Kardashian trial loss

Their attorney Michael G. Rhode argued that Chyna and her attorney “nonetheless proceeded without complaint as Judge Alarcon presided over a 10-day trial” despite her issues.

He argued: “In the days and weeks that followed, [Chyna] and her counsel had ample time to raise her completely misguided allegations about Judge Alarcon’s impartiality, along with numerous opportunities to brief evidentiary issues, jury instructions, and the special verdict form.”

Rhodes added that Chyna’s “dissatisfaction with the Court’s ordinary exercise of its discretion in overseeing trial is irrelevant to Judge Alarcon’s capacity for impartiality in a future trial.”

He asked for Chyna’s “statement of disqualification to be stricken, that her request for disqualification is denied, and that Ms. Ciani be sanctioned in an amount to be determined in [the family’s] separately served noticed motion.”

Chyna, who shares daughter Dream, five, with her ex Rob,  sued Kim, Khloe, as well as Kylie and Kris Jenner, for defamation and alleged interference with her E! contract.

She accused the famous family of getting the second season of her E! show Rob & Chyna canceled and of ruining her reality TV career.

After almost two days of deliberation, the court revealed the jury ruled that no damages would be awarded to the model.

Chyna sat in stunned silence after the shocking verdict was read, according to a Sun reporter who was in court, while the defendants skipped out as they were attending the Met Gala in New York City.

One day after a verdict was reached, Chyna’s mom Tokyo Toni begged fans for $400,000 so that her daughter can appeal the judge’s decision.

Tokyo – whose real name is Shalana Hunter – started up a GoFundMe, titled Cheering for Blac Chyna’s Appeal, which is asking for a whopping $400,000,

It reads: “Hi, I am Shalana Hunter- BKA Tokyo Toni. I would like to appeal to the courts.

“This GoFundMe fundraiser [will] help my daughter, Angela R. White – BKA Blac Chyna – financially in this endeavor to get justice.”

“Appeal for a new trial coming soon,” she concluded before signing off, “Momma Tokyo.”

After the verdict, Chyna shared a message of support on her Instagram Stories from her pal who said she always acts in her daughter Dream’s “best interests” and said Chyna “lives to fight another day.”

GettyChyna’s mom, Tokyo Toni, is begging fans for $400,000 so her daughter can appeal the court’s decision[/caption]