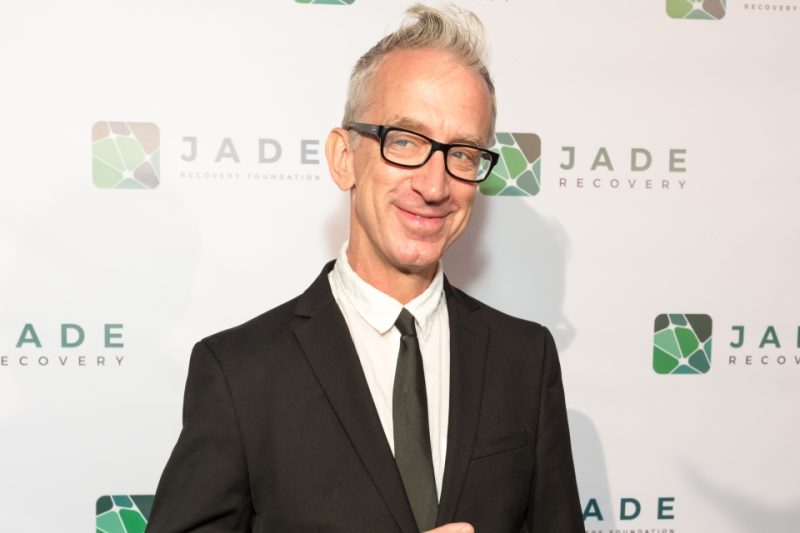 ANDY Dick has been arrested for felony sexual battery with the footage live-streamed.

The actor was caught being dragged out of his RV by cops in handcuffs.

The controversial actor and comedian was arrested in Orange County, California after the trailer he was living in was surrounded by police, as TMZ reported Wednesday.

Officials put the actor in handcuffs and carried him away, all of which was broadcast live.

According to TMZ, he is now in custody – and was arrested for felony sexual battery after an adult male at the O’Neill Regional Park claimed the star sexually assaulted him.

The arrest was played out on Captain Content’s RV live stream.

The footage showed several Orange County Sheriff’s Deputies speaking with Andy before walking him to their vehicles.

They spoke to him before handcuffing him and bringing him off.

Per TMZ, Andy was living at the site with a “group of live streamers.”

The sheriff’s deputies then entered his trailer and searched it after he was taken away.

“They also asked to collect the male victim’s pants as evidence,” the outlet reported.

NOT THE FIRST ARREST

The arrest was not the first time the controversial comic and Zoolander actor had been on the wrong side of the law – or the first time it was live-streamed.

As TMZ earlier broke, last month in Las Vegas a welfare check took a turn when the man Andy was staying with pulled a gun.

In the video, you hear Andy telling his host, “Don’t shoot the gun.”

That time, when police arrived to speak with him, he said “he was fine and wanted to stay,” per the outlet and the officials exited despite the heated scene caught once more on video.

In 2021, he was “arrested for beating boyfriend with a liquor bottle.”

Back in 2019, the troubled comedian was charged with groping a driver from a ride-hailing service.

Meanwhile, he pled not guilty to misdemeanor battery and misdemeanor sexual battery after he allegedly groped a woman’s behind in 2018.

Additionally, Andy was fired from an indie movie in 2017 after he was accused of groping cast and crew members.

According to Page Six, he denied the claims of groping admitting he “might have kissed somebody on the cheek to say goodbye and then licked them.”