Will Young: Losing My Twin viewers in floods of tears as star opens up about tragic death of brother for first time 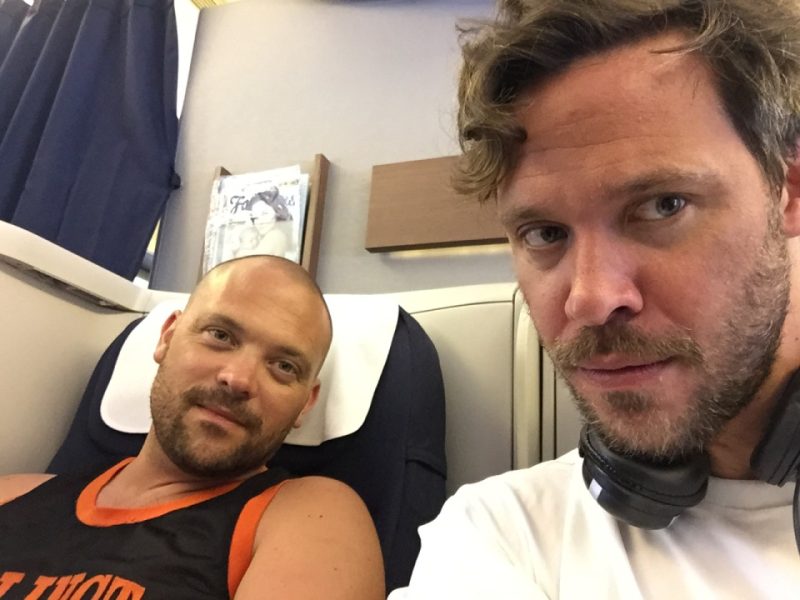 WILL Young left viewers in floods of tears as he opened up about his twin brother’s tragic death in a new documentary.

Singer Will is an award-winning chart star but his brother Rupert tragically took his own life nearly two years ago after a long battle with depression and alcohol addiction.

Will, 43, spoke out for the first time since the death of his twin in a Channel 4 documentary Will Young: Losing My Twin Rupert.

He tells how a previous suicide attempt left Rupert watching him perform from the Pop Idol audience in 2002 with his wrists dripping with blood, and how drink turned him into a “monster”.

Despite trying to save his twin, Will admitted that it was not his fault that his brother tragically died.

Viewers were emotional tonight as Will opened up about his brother’s death for the first time.

One wrote: “Will Young I’m struggling to find the words. Your strength! Today is a year since my mother died and I don’t have your strength. Really good, honest programme.”

Another posted: “This is absolutely heartbreaking, It’s made me cry from start to finish. Well done Will Young for finding the courage to speak about this.”

“It’s so sad, because it’s a complex system and issues which need funding. I believe everyone deserves help and support, sadly it’s lacking,” a third commented.

A fourth tweeted: “Not going to lie, started to cry when Will mentioned the police at the door.”

“You have moved me to tears @willyoung. Thank you for sharing Rupert’s story and highlighting the issues for families and addicts. You are an inspiration to so many people,” another added.

Rupert tried to turn his life around and was three years sober – with Will getting his brother’s initials tattooed on his arm.

But Will revealed that after Rupert suffered a bad breakup, his brother began drinking 40 beers a day.

Will admitted he became his brother’s carer and was clearing up his p*** and sick.

He spent several years in and out of rehab and had multiple trips to A&E.

Will said he battled his own grief after his brother’s death, saying he felt helpless as he watched Rupert deteriorate.

The singer also revealed he hit Rupert the last time he saw him, he said: “I don’t have a problem with that because he deserved that.”

“Other people will be experiencing this and I don’t want them to feel alone.”

Non-identical twins Will and Rupert grew up in Wokingham, Berks, with older sister Emma and parents Annabel and Robin.

Annabel described how Rupert was a “bouncy and naughty” child who once shot his brother in the leg with an air rifle, while Will was “quieter”.

They attended a traditional prep school where they boarded from the age of nine — and Will claims they were abused by adults there.

He said: “I remember we were beaten with slippers. Rupert was picked up by his throat and slammed against a library bookcase. But we didn’t want to complain.”

Their parents knew nothing of the alleged abuse.

Rupert later spoke of his torment at school in a series of interviews about his mental health struggles.

He said in 2008: “At boarding school I was always being compared with my brother. My teachers could have been a bit more positive.

“An older teacher used to regularly beat me up.”

After Will beat Gareth Gates in the final — watched by more than 13million people — his debut single, Evergreen, went straight to No1.

It was only later that the star, who went on to win two Brit awards, discovered the extent of his brother’s partying.

He said: “That’s when the drinking started taking hold more — but the anxiety and depression Rupert felt was there before the alcohol.” After Pop Idol, Rupert plunged deeper into the grips of addiction.

He previously said: “There was William on Richard and Judy, giving the most amazing performance of one of his songs.

“I had spent the night before drinking with tramps in a car park and cutting myself. It seemed bizarre to me that two people who are genetically the same could behave in such different ways.

“I realised that something had gone very wrong. But I didn’t know what, or why, and nor did anyone else.”

Will recalled how his kind-hearted brother would transform when he had a drink.

He said: “I could tell really quickly when he was drunk.

“You’d see that look in his eye. He would turn and it was scary.”

In July 2020, Rupert was admitted to hospital after threatening to jump off Westminster Bridge.

Three days later he managed to discharge himself before taking his own life at the same location.

Two police officers knocked on his door to break the news to Will.

I pay my kids to go away so I can have hour-long sex sessions, says Caprice

The singer, who is set to go on a UK tour later this year, admitted: “I had a big moment where I realised I couldn’t save him and that brought a whole lot of grief.

“Now I just feel very grateful that I got 42 years with him.”