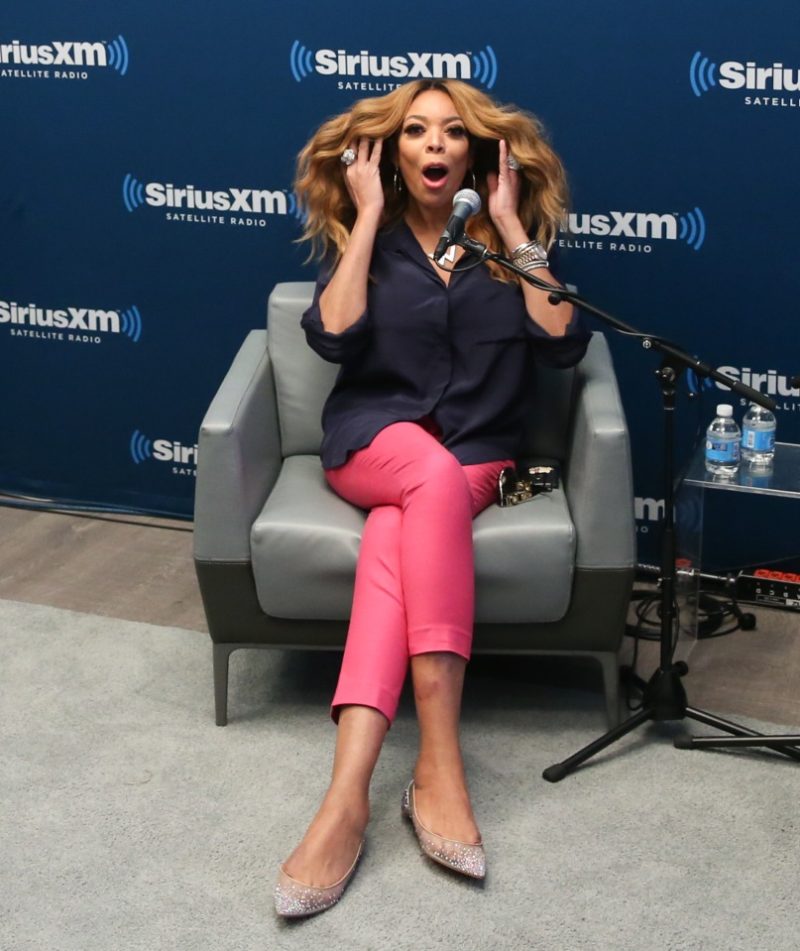 WENDY Williams is shopping a podcast with the hopes of a $100M payday despite a rambling new interview that left fans in fear for her mental health.

Multiple sources revealed to The Sun that Wendy, 57, has had podcast offers on the table for months, but one source suggested that iHeart Radio and Spotify are being eyed as potential new homes for her namesake talk show brand.

The former daytime diva would be going back to her radio roots if a deal comes to fruition, as Wendy Watchers know she first cut her teeth as a New York City radio DJ.

As one source close to Wendy explained: “She sees Joe Rogan has a $100million podcast deal, and now she wants that kind of money.”

After taking a leave of absence from her eponymous daytime talk show, Wendy is a hard sell, the insider claimed.

“The people at iHeart don’t like controversy, so the best place for her is Spotify. They like the wild cards, but even at Spotify they don’t give you the money unless you prove yourself first, and Wendy wants money upfront.”

The other issue, the source added, is industry insiders just don’t know if she can “be trusted to deliver a daily show or weekly show.”

Over the weekend, fans expressed concern after Wendy appeared on a rambling Instagram live interview with rapper Fat Joe.

Joe, who has been among several rotating guest hosts in Wendy’s absence, asked her why she was no longer The Wendy Williams Show, to which she replied it was because “somebody stopped giving me my money.”

As The Sun was the first to exclusively reveal, Wendy sued her bank, Wells Fargo, after her accounts were frozen in January of this year as the bank alleged there was a concern of “financial exploitation, dementia, or undue influence,” according to the petition.

While Wendy is still battling the bank for control over her accounts, she had been absent from her daytime talk show for several months leading up to the fight with the famous bank.

Wendy losing her TV show and her battle with Wells Fargo Bank do not appear to be connected.

Another source close to Wendy told The Sun that while there are podcast offers on the table, she has been adamant she wants her TV show back.

Joe asked Wendy about her replacement Sherri Shepherd, to which she said: “I won’t be watching her because I know what she’s going to be doing and that’s really not my thing.

“You know what I’m saying, anyway, but I love being on my own show and I love that people love to watch it. You know, all the time.”

After the interview, her fans shared their concern on social media, with one writing on YouTube: “I really feel for her. I feel she shouldn’t have been interviewed yet. I hope and pray things get better.”

Another added: “Honestly, this was tremendously painful to watch, try to get through, follow and understand.”

In exclusive photos previously obtained by The Sun Wendy seemed in good spirits as she made her way through the pouring rain to her waiting car outside of her apartment in early April.

The former TV star is fighting a brutal ongoing New York court battle for control over her and her estate.

Wendy is in a contentious battle with her former manager Bernie Young, 75, who is trying to gain control over the star, her estate, and her affairs via a guardianship proceeding.

Additionally, the TV personality is also locked in a fight to gain access to her Wells Fargo bank accounts, which allegedly has millions of dollars in them.

Wendy had spent much of the start of this year in Florida recovering from her health issues and surrounded by her family.

Sources claim that there are several people in Wendy’s orbit who could also fight for guardianship, but that those close to the star don’t believe it’s necessary.

“No one in her family feels like she needs a guardianship in place, they believe she is capable of handling her own life,” one insider claimed.

Additionally, Wendy’s son, Kevin Jr., 21, has power of attorney over his mother, as The Sun previously reported, but is also not filing for guardianship, according to the insider, who added that neither he nor his mom believes one is necessary.