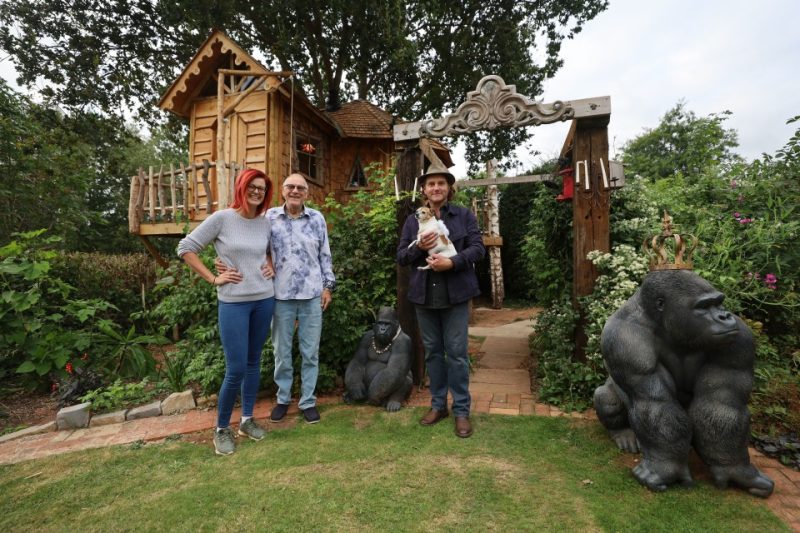 A COUPLE have shown off their magical treehouse which is straight out of a Disney fairytale.

In a recent episode of My Unique B&B on BBC Two, presenter Simon Parfett visited David and Sue at their home near Taunton, Somerset.

The team transformed the inside into a magical space

The couple live with their adult daughter Katie and her children, and the family love anything to do with fairies and magic.

They wanted to turn their treehouse into a unique place to stay and for it to be a new business for former teacher Katie which will work around raising her children.

While Simon was impressed by the exterior, he soon found that the interior was still a blank canvas, making an excellent project for his team.

Simon also incorporated a magical mezzanine in the boughs of the oak tree which the treehouse had been built around.

The team added a sofa bed to make the most use of the space, while a wardrobe was fitted to give a nod to the classic book, The Lion, The Witch and the Wardrobe.

Meanwhile Katie was speechless before managing to say: “I could literally cry.”

‘WHAT ABOUT YOUR SON?’

Simon said: “It’s all about the playful element in this space which is great.”

Katie replied: “I think I’m going to have real trouble getting the children out of here.”

She continued: “You guys have done such a beautiful job, so thoughtful and literally all my favourite parts of that Hobbit House have been transformed over there.”

My Unique B&B airs on BBC Two and is available on BBC iPlayer.