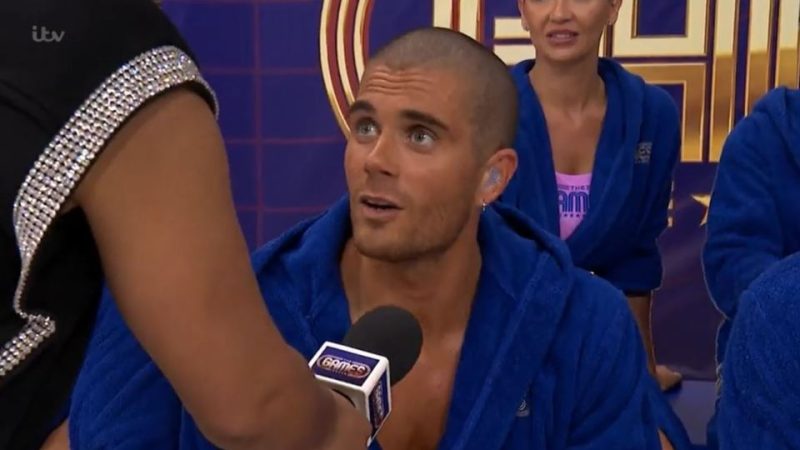 THE Games star Max George has revealed the touching reason he went on with the competition despite his painful injury.

The Wanted singer took to Instagram on Tuesday to reveal how his eardrum had been perforated after just one episode of the show.

ITVMax said his eardrum had been perforated in the water[/caption]

Max, 33,  suffered a perforated eardrum and needed to go to hospital to see if he’d be able to take part in the swimming event.

A perforated or burst eardrum usually takes weeks to heal and the singer admitted his future on the ITV contest is uncertain.

However, on Tuesday night he joined his fellow contestants at London’s Aquatics Centre for the swimming events.

Despite detailing his painful injury, Max admitted he decided to take part in order to impress his mum, who was sat in the audience.

“I’m alright – I perforated my ear drum in the warm-up for the diving so I got a little bit dizzy last night,” he explained.

Today, as his fellow cast members arrived on set for filming – Max was not seen among them as they prepared for the next event.

It comes after Max shared a video from his bed in his hotel room last night, admitting he had a horror injury on day one.

“So the last few days have been a bit of a rough one. I perforated my eardrum a couple days ago,” he said as he filmed himself.

“Been causing me quite a lot of dizziness I’ve been on loads of pain medication so I think I’ve just been dehydrated.

“But all good, I’ve been rehydrated, I’m in the hospital tomorrow to have it checked on and make sure everything is OK.

“Fingers crossed I get the nod to be able to do the swimming. Because that’s an event that I love. Just been a rough couple of days.

“A lot of people asking. I’m all good, just a bit shakey with my ear. And like I say just got dehydrated because I’m on a s**t load of painkillers.”

The celebrity sporting competition involves 12 stars puffing through a series of challenges with one male and one female crowned winners.

Each will try to rack up enough points to get them to the top of the medals table and crowned Champion of The Games 2022.

Last night Max inspired his army of fans by competing in The Games so soon after his bandmate Tom Parker’s tragic death.

He was seen taking part in three sporting events during the first episode of the new Holly Willoughby fronted reality series on Monday night.

Max gave The Hammer Throw and synchronised diving a go before running in the men’s 400 metres race.

Unfortunately, he suffered an injury during the event and finished in last place with a limp, but fans of The Games were just impressed with his courage.

I pay my kids to go away so I can have hour-long sex sessions, says Caprice

The launch of the ITV show comes less than five weeks after Max’s best friend and Wanted bandmate Tom died from a brain tumour.

Taking to Twitter, one viewer said: “For Max to even be present for this just shows his immeasurable strength and courage, whatever the results we’ll always be forever proud of you and Tom will be too.”