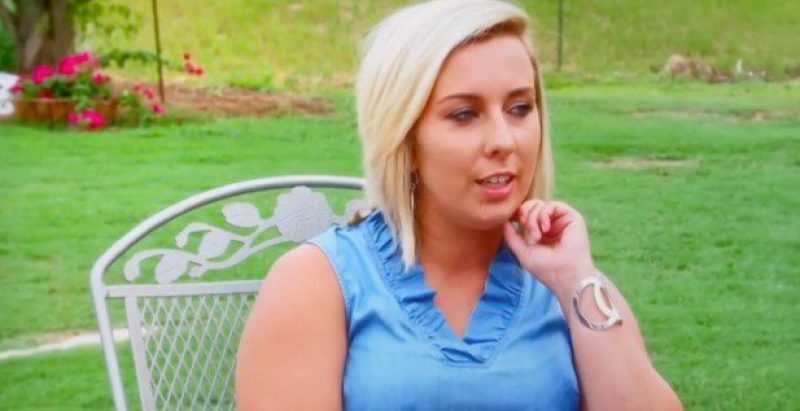 A RESURFACED Teen Mom clip has fans in amazement over how different Mackenzie Edwards looks compared to now.

The clip, posted on a Teen Mom Reddit board, shows Ryan’s father Larry threatening to reveal a dark secret about Maci.

Early in the excerpt, Ryan asked: “I don’t know why she is the way she is? She seems very jealous and unhappy.”

Larry responded: “Because I think she’s still in love with you.”

She chimed in: “[Maci] said on camera that she cries to Taylor every night in bed about Ryan.”

Mackenzie also added, in reference to Maci: “I don’t trust a hair on that red-headed head.”

The clip ended with a heated Larry looking from one camera to the next as he said: “I’ll tell you one God d**n thing though. One day, y’all gonna know the d**n truth.”

While many fans debated what “truth” Larry may be withholding from the show’s producers and fans at large in the comment thread others were more intrigued by Mackenzie’s appearance.

Some commented on how much different she looks in the clip compared to now while others just took shots at the Tennessee native’s appearance in general.

One Redditor wrote: “I’m sorry but Mack’s face every time I see it…She is so odd-looking”.

Another added, “Mack looks like one of [Ryan’s] aunts, not his damn wife lmao.”

A third joked about Mackenzie’s jab at Maci.

The comment said: “‘I don’t trust a hair on that red-headed head,’ she whispered to herself in the mirror, preparing for the day of its use.”

This isn’t the first time attention has been called to Mackenzie’s drastic change in appearance.

In a Reddit thread for Teen Mom fans, one user re-shared the clip of Ryan and Mackenzie’s shotgun wedding during season six.

The Redditor pointed out the unusual kiss that Ryan gave his mom before the ceremony, as he kissed her on the lips.

However, fans in the comments section were also keen to discuss Mackenzie’s appearance at the time.

The Tennessee native certainly looks very different these days, with a slimmed-down figure and brunette hair.

She has also had lip fillers and botox but has denied going under the knife for plastic surgery.

One Redditor commented: “I think Mackenzie looked so good here. I wish she hadn’t gone crazy with her look.”

A third asked: “Can we talk about how she has a fully different face here?”

Mackenzie has also been accused of trying to “copy” the look of another Teen Mom star.

In March of this year, the Teen Mom OG took to Instagram to share her hair transformation from a light blonde to a dark brunette.

Throughout the clip, the ex MTV star played with her wavy dark hair as she smiled for the camera.

“Is she trying to be Chelsea?” one wrote at the time.

In a Reddit board titled “both are likely flammable”, side-by-side photos of the new look compared to a similarly colored broom saw more low swipes.

“Wait… this was… on purpose?!” one user asked while another Redditor noted, “Definitely. A super weird ~influencer~ trend.”

“I hate the way her ends look,” mocked one commenter.

Another person said the hair color made her “look 45,” while someone else added: “It’s baffling she’s still in her early 20s. Life with Ryan is aging her badly.”