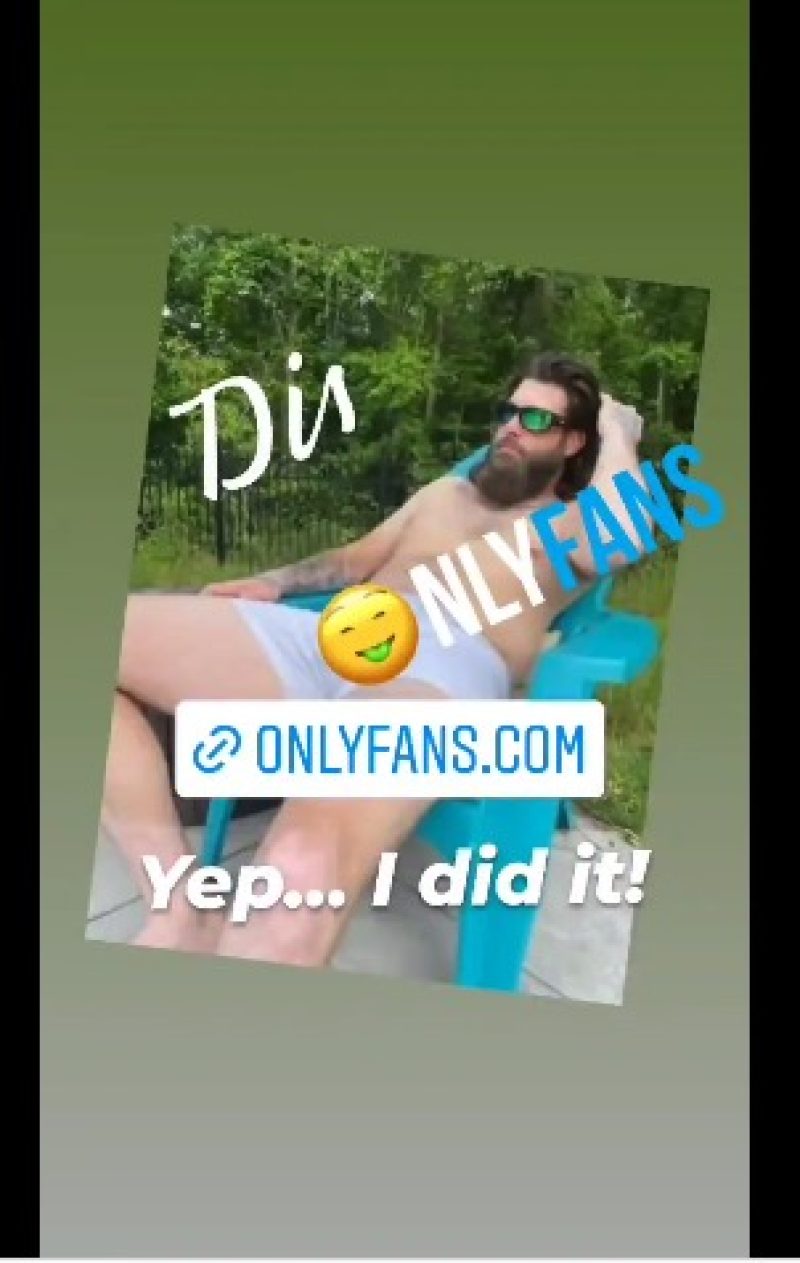 The Teen Mom couple are now both members of the private website, offering provocative pics for a price.

In the photo, the 33-year-old reality star leaned back seductively in an outdoor lounge chair.

He was wearing only a tight pair of boxer-briefs, with his privates covered by a smiling emoji that stuck out a dollar bill tongue.

“Yep…I did it,” he posted on the pic, adding a graphic offering a 50% discount for new subscribers.

On the actual website, the full picture laid behind a paywall. But David did promise: “Much more to come my loves.”

According to responders on Reddit, it seems the answer may be none.

“Nothing about this is good,” one Reddit user expressed, as another added: “Can you say desperate? Y’all are nasty trash.”

One follower wondered about the motivation for joining the site: “Looks like some financial strugglin’ happening at the swamp.”

Others weren’t as reserved in their opposition to David’s decision, including one person who stated he would “rather shove a cactus in my a** than see him nude.”

Another pondered: “I need to meet the poor souls who’d want to see this man partially nude.”

While one follower gave a hard pass: “Unless one day I decide I want to go blind; Oh hell no, a hard F**K NO for me dog.”

Jenelle, 30, posted a screenshot of her account details with a link to her page, telling her fans, “let’s have a chat.”

The ex MTV star included in her bio her decade-long run on the network and noted she’s a “Popular Social Media Influencer on all platforms.”

The North Carolina native already has more than a dozen posts on the platform so far, which she’s charging fans a $20 subscription fee to view.

And she’s going all in on the venture right away, having donned a sultry pink two-piece swimsuit, showing her underboob and tattoos.

In the clip, Jenelle donned a sultry pink two-piece swimsuit, showing her underboob and tattoos.

On David’s page, he praised the online family reunion, announcing: “I’m one hot Katdaddy.” And confirming, “Yes, we both did it!!!!!”

On Instagram, Jenelle touted that after just a few days with the new company, she is already in the top 1.3% of creators.

“Let’s keep this hype train going! “she continued. “Haters are so mad y’all are being supportive.”

David and Jenelle could be counting on their new web endeavors to turn their financial situation around.

Jenelle was fired from her long-standing run on Teen Mom 2 following a series of controversies, including the shooting death of her dog.

In November 2021, the young mom reached another setback when her clothing line was dropped by the fashion company behind the brand.

The former TV star claimed in a TikTok video that “haters contacted” SewSew You, “the company” with which she was “working with.”

Jenelle then decided to do her “own website under my own name.”

She attempted to fill out the website with her fitness and loungewear images.

Unfortunately, SewSew You announced that Jenelle’s “line is canceled” days before the launch.