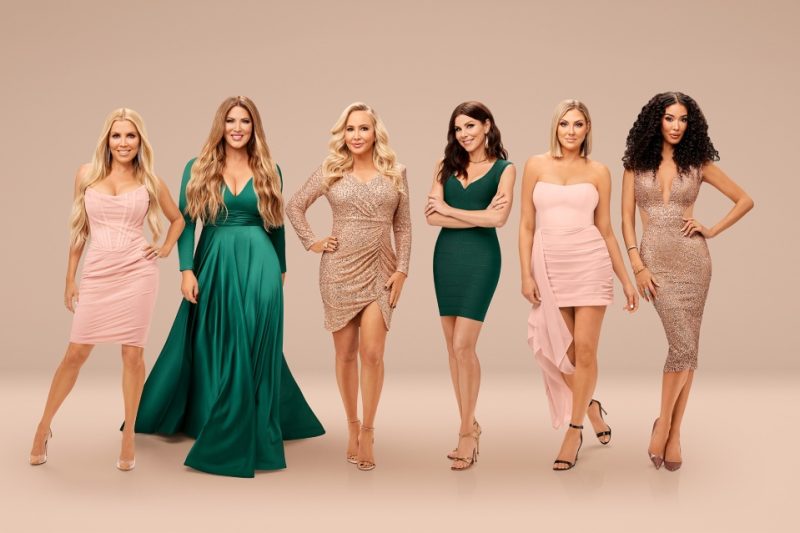 A RHOC star has responded to rumors she’s been FIRED from the show after four seasons.

The Bravolebrity decided to set the record straight after her fans expressed their concern.

Following on from rumors that she had been demoted to a friend role on The Real Housewives of Orange County, 37-year-old Gina Kirschenheiter confirmed to a fan that she “wasn’t demoted”.

It comes after fans learned that a big shake-up could be on its way to the OC.

Over the weekend, the Instagram account realhousewivesfranchise shared a report based on information sent to the gossip site Bravo and Cocktails.

The rumors claimed that five of the housewives from season 16 have been asked to return, along with one former cast member.

The post by realhousewivesfranchise continued: “Gina Kirschenheiter was reportedly demoted to a ‘friend’ role.”

However, Gina herself has now denied this.

While friends of the show still appear on camera in many episodes, they are not considered full-time cast members and are therefore not as well paid.

Although it is the original Real Housewives franchise, season 16 of RHOC suffered all-time low viewing figures.

The ex housewife who is making a comeback is rumored to be 45-year-old Alexis Bellino, according to Bravo and Cocktails.

The former stay-at-home mom-of-five divorced her husband Jim Bellino in 2018, after viewers of seasons five through eight saw their marriage suffer its ups and downs.

Long Island native Gina joined the franchise for season 13 in 2018, amid her divorce from her husband Matt.

Matt never appeared in RHOC but the housewife often brought him up in conversations – she even told her costars about the night he attacked her in a rage.

The now 38-year-old was arrested in June 2019 after the two had a heated argument at Gina’s home, where he allegedly choked her, hit her, dragged her, threw her, and threatened to kill her – all while their three young kids were sleeping in the house.

In the same year, Gina herself pleaded guilty to a DUI.

As she attempts to put her past behind her, a heated argument during season 16 saw the reality star beg Shannon to stop bringing up the DUI.

Gina now lives in a modest two-bedroom townhouse in Orange County, where she uses triple bunk beds to house her and her boyfriend Travis Mullen’s six kids.

InstagramGina has had a rocky journey so far on RHOC[/caption]

GettyHeather Dubrow will also be returning for season 17, according to the rumors[/caption]