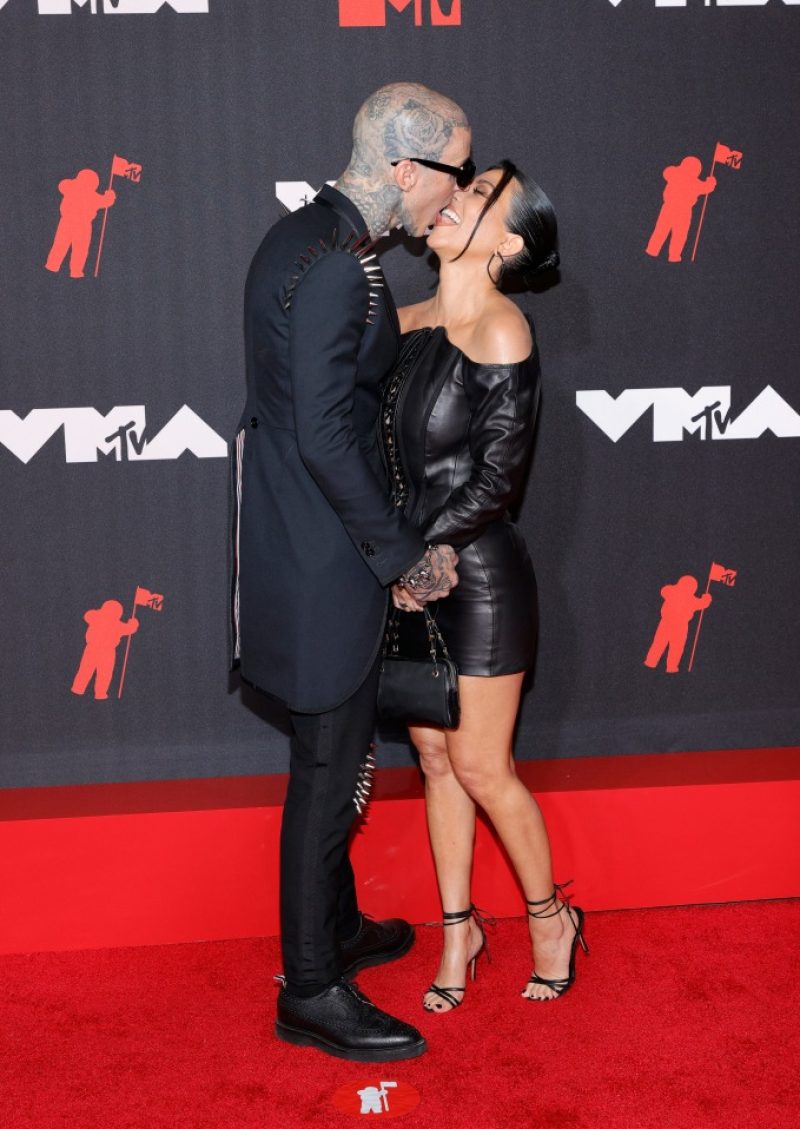 KOURTNEY Kardashian has been slammed for claiming her excessive PDA with Travis Barker is a form of “self-care”.

The reality stars have faced months of backlash over their sexual posts and over-the-top affection for each other.

Kourtney, 43, defended herself on Monday by sharing a post from her lifestyle website Poosh about affection in relationships.

She posted a photo of herself kissing Travis, 46, while sitting in his lap and captioned it: “Let’s chat about PDA as self-care.”

The article on the topic read: “It can be easy to see it as over-the-top or obnoxious, but we’re here to make an argument that PDA can be a form of self-care.”

It then stated that for Kourtney, PDA with Travis helps her “be present and pretend like no one else is there”,

In an interview with Harper’s Bazaar earlier this year, the reality star said: “I think that Travis looks at life in a really special way like no one that I’ve known, to where it’s as if nobody exists.

“I can get more shy but it’s helped me so much to be present and pretend like no one’s there. My mom will be like, ‘Can you stop for one second and talk to me?’”

One wrote: “‘PDA as self-care’? What does that even MEAN. I feel like people fit the term self-care into anything these days.”

Another added: “Isn’t self-care supposed to be for….Yourself??

“How can PDA be self-care if you need another person besides yourself to do it with?? That’s going to fall under “making out, licking other people care.”

A third posted: “Ok y’all, PDA is one thing and I’m all for it, but what they’re doing is VOYEURISM. Like straight up. Not normal. Not even a little.”

Kourtney and Travis – who married in Las Vegas last month – came under fire earlier this month for making “gross” sexual comments in front of a nurse.

In the latest episode of The Kardashians, they visited a fertility doctor for egg retrieval.

After the doctor conducted an ultrasound, Travis was told to put his semen in a sample cup by the nurse.

Travis, who was crouching between Kourtney’s legs as she sat on the hospital bed, asked: “Is there any specifics?”

The nurse responded, “Just know, none of your bodily fluids,” gesturing towards Kourtney.

She then exchanged a long look with Travis, before the pair burst out laughing and leaned into each other.

Kourtney elaborated, “Could he use like his spit, or no spit?” as Travis giggled next to her.

The nurse confirmed: “No spit. Just for the lab purposes.”

The couple again leaned into each and stifled their laughter as the nurse closed the blinds, giving them some privacy in the room.

Kourtney playfully held the sample cup away from Travis, before giving it to him and saying: “This is for you. Don’t contaminate it.”

She led the cameras out of the room, grinning as she said: “This is where you guys have to go. We’ll take our mics off.”

In a previous episode of The Kardashians, the couple faced backlash for grinding in front of a realtor during a house tour.

In the scene, they went to view a mansion they could potentially move into in the future.

When they got to the huge backyard, the rocker sat on a couch and beckoned for Kourtney to sit on his lap.

With the realtor standing just yards away from him, Kourtney straddled the musician and put her arms around his neck.

Travis grabbed her butt with both hands, before playing with the buttons on the front of her minidress.

Hulu In a previous episode, they were ripped for grinding in front of a realtor during a house tour[/caption]