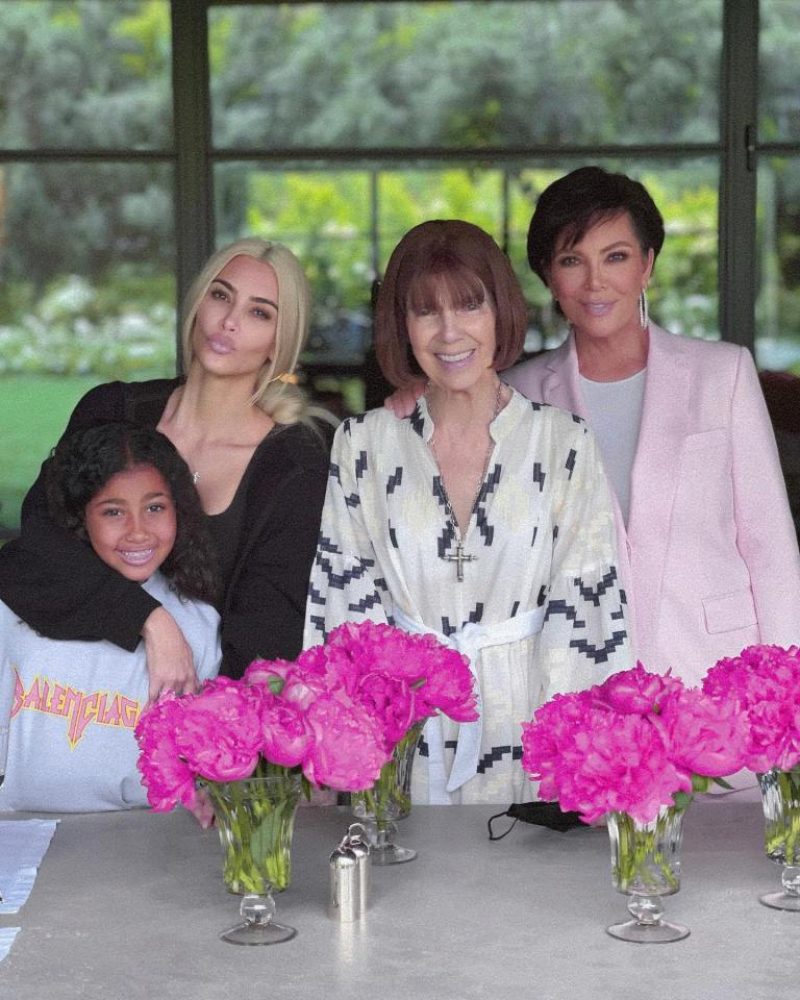 KIM Kardashian has made another photoshop blunder as fans notice a missing piece in her Mother’s Day tribute.

The reality star shared a series of photos honoring the mothers in her family for the special day.

The Keeping Up With the Kardashians alum captioned the post: “Happy Mother’s Day to all of the amazing women who make the hardest job in the entire world look so effortless! You all inspire me every day.”

Kim, 41, included several snaps of her with her four children: North, eight; Saint, six; Chicago, four; and Pslam, three, who she shares with her ex-husband Kanye West, 44.

She also gave a shoutout to her sisters, Kourtney, Khloe, and Kylie, with pics of the models with their children.

The SKIMS founder added a few throwback shots of her and her mother, Kris Jenner, to the gallery, showing the mother-daughter duo’s special bond.

However, in particular, one photo caused a stir from eagle-eyed fans, showing the TV star posing with her mother, grandmother MJ, and daughter, North.

The four generations of women stood in front of a table of numerous vases of pink flowers for the snap.

Kris, MJ, and North smiled at the camera while Kim – donning her new bleach blonde locks – had her arm wrapped around her eldest child, puckering her lips at the camera.

The photo resurfaced on Reddit, where viewers pointed out the significant detail omitted from the snap – Kris’ right earring.

The 66-year-old momager sported an oversized diamond hoop on her left ear, though the photo showed her without the matching pair.

One person commented: “they all looked photoshop in. kris is even missing her other earring.”

A second found the blunder comical, writing: “Omggg what even?? Why?! You can even still see the circle where it was lmaooo.”

A third provided some insight into the editing job, adding: “It seems like some effect was applied to blur the background and Kris’ earring got blurred. I feel like you can kind of see it in the blurred background.”

Others pointed out other possible alterations to the photo, as one remarked: “MJ for sure and I have a feeling these flowers were photoshopped too this is not their original color.

And another said: “idk why but north looks photoshopped in and Kris looks the most blurred/edited.”

Kim has been slammed for editing her social media photos before, as just last week, the Hulu star was busted for altering a pic from the Met Gala.

Kim channeled Marylin Monroe at the star-studded event by wearing the actress’s iconic dress from when she sang “Happy Birthday” to John F. Kennedy in 1962.

Viewers, however, took issue with one picture, as the star appeared to have edited her legs in the gown.

One Reddit user pointed out the faux pas by posting side-by-side snaps, comparing the altered photo and the original Getty image.

The photo captured Kim from behind as she walked up the Met Gala stairs with her boyfriend, Pete Davidson.

The TV personality showed off her look to the cameras in the body-hugging gown as her comedian beau guided her up the stairs.

Fans, however, noticed her legs seemed to be photoshopped, showing a slight difference between the original image and the one Kim shared.

There is a natural curvature in Kim’s leg in the actual shot, showing her bending her knees to climb the stairs.

The user who pointed out the mishap wrote: “My new hobby is looking at what silly stuff Kim edits from the professional event photos for her Instagram.”

Others mocked the model for her photoshopping skills.

“Her knees??? I actually think they look better in the Getty image! Also dear god that dress does not fit her UGH,” one person wrote.

“I’m embarrassed for her,” another agreed.

“Her left calf now has muscle!” a third remarked, while a fourth had a similar comment, writing: “Her knee disappeared!”

Fans previously questioned the authenticity of her photos when rumors circulated that she photoshopped Pete’s nose in a date night pic.

Kim denied altering her man’s face in the snap by sharing the original photo on her Instagram Stories.

“I guess Pete’s jawline is snatched!!!! Snatched to the point u guys thought I photoshopped it,” she exclaimed before pointing out in one of the photos: “he’s laughing in mid convo!”

She did, however, admit to one minor touch-up.

“Wait, I did add a grainy filter tho,” she confessed before revealing the original photo and her filtered version.

“How can you photoshop a live photo? Asking for a friend?” she sarcastically added.

While she defended the date night photo, she did come completely clean about how she photoshopped her sister Khloe‘s daughter, True, into her now-infamous pictures at Disneyland.

In December, fans claimed someone had “badly edited” True’s face over someone else next to Kim‘s daughter Chicago.

The original photos showed Chicago beaming at the camera next to “True” during a trip to the attraction.

After Khloe accidentally let slip that the snaps were fake, Kim cleared the controversy up and revealed she was the one who altered them.

InstagramShe was also accused of altering her boyfriend, Pete Davidson’s face in a date night photo[/caption]

INSTAGRAM/@kimkardashianThe reality star recently admitted that she altered a photo of her daughter Chicago, and niece, True during a trip to Disneyland[/caption]