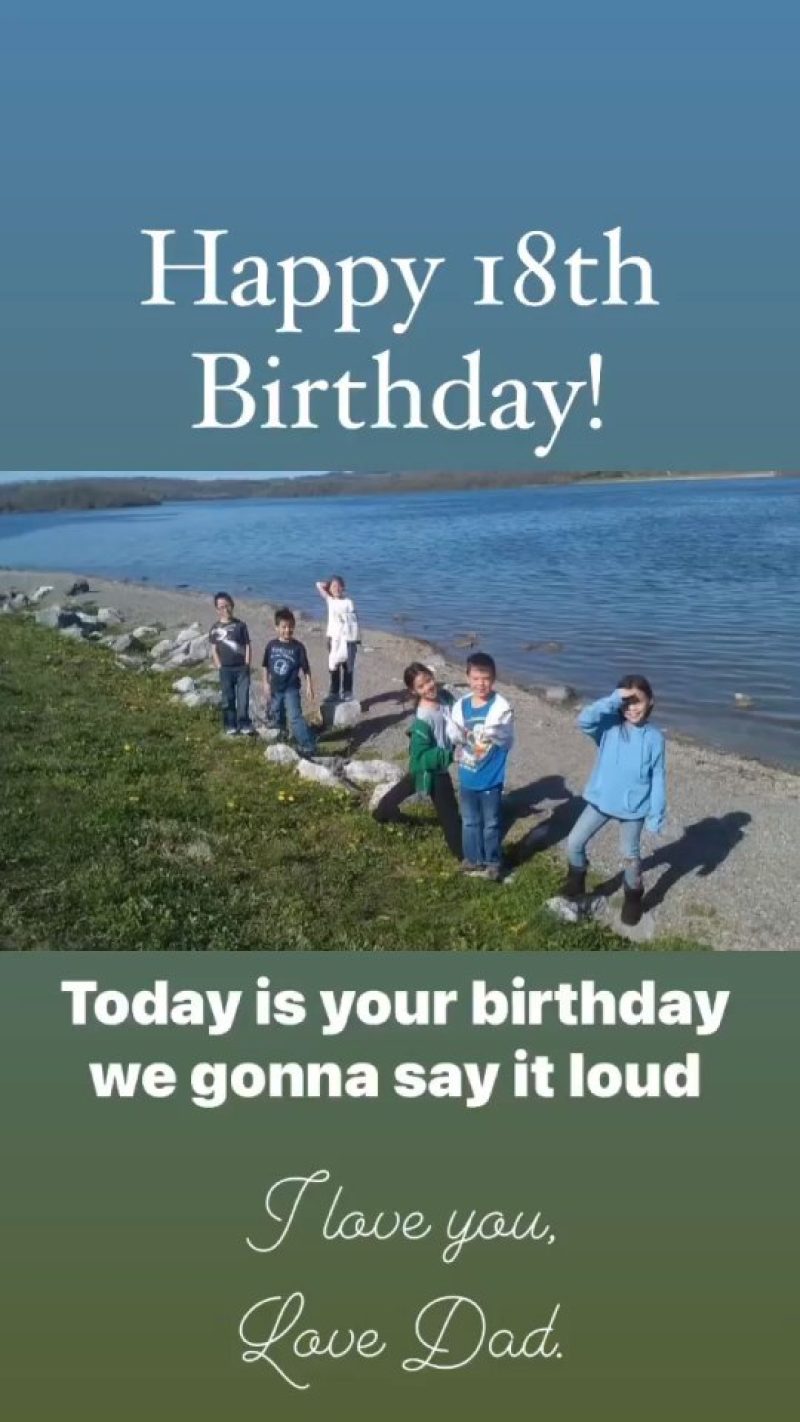 JON Gosselin has wished his sextuplets a happy 18th birthday – even though he remains estranged from four of them.

The former star of Jon & Kate Plus 8 reached out to his three daughters and three sons on Instagram, sharing a throwback photo of the family at the beach.

Notably absent from the photo was ex-wife Kate, 47, whose nasty custody war against Jon over the sextuplets seems to be coming to an end.

The two have been battling in court ever since 2010 over custody of their eight children, but that is expected to soon be officially over, now that the remaining siblings have turned 18.

Kate claims custody of Leah, Alexis, Joel and Aaden, while Jon has the remaining sextuplets Collin and Hannah in his care.

Twins Mady and Cara, both 21, live at their respective colleges, but stay with their mother when home from school.

Now that they are of legal age, Jon is worried his kids will burn through their TV fortune.

The Amazon worker has even enrolled Hannah and Colin into finance classes to help them handle the money they are due to receive today.

Although the exact figure each will be receiving is unknown, the show ran for 11 seasons, so it is believed to be in the thousands.

A source told The Sun: “Jon has no control over the other kids and is worried whether they will use the money wisely.

“He is hoping they will use the money for schooling but at this point he has no control. He just wants the best for them.

“Jon was so concerned about the kids he has custody of, he had them take finance classes to prepare and luckily they both got As.”

Daughter Hannah has already jumped into the business world today, using her 18th birthday to launch a new beauty brand.

She captioned a photo looking glammed-up while sitting in the backseat of a car with photographers around her: “Remember me… it’s my birthday and I’m back with a little surprise for you. Xoxo, Gosselin Girl.”

The Sun can exclusively reveal Hannah filed a trademark for Gosselin Girl by Hannah Gosselin on April 7, 2022, according to the United States Patent and Trademark Office.

Hannah is also unveiling a new look makeover on her birthday.

The reality star took to her Instagram to share a beautiful photoshoot in promotion of her new venture.

Hannah gazed toward the camera while seated in a white Range Rover with orange seats to match her outfit.

The young Gosselin captioned her post: “A gift from me to you today.”