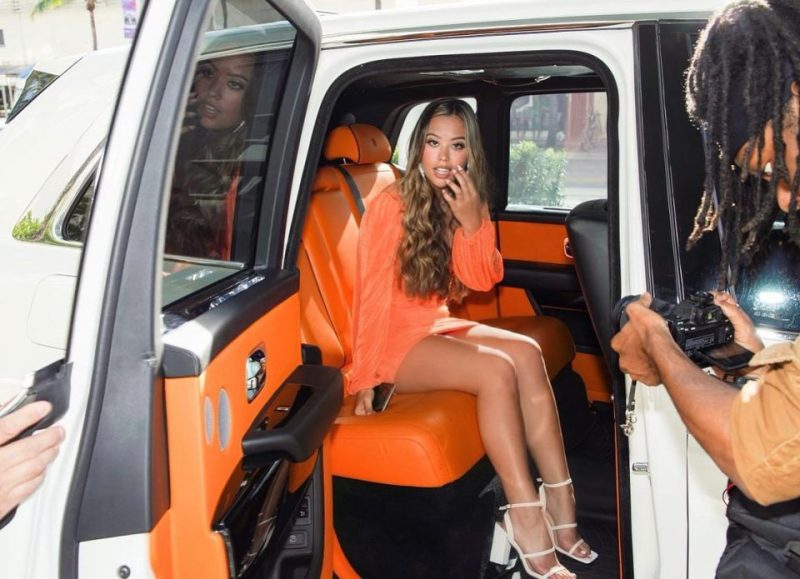 JON and Kate Gosselin’s daughter Hannah has launched a new beauty brand, as she plans to sell products from lipsticks to lotions.

Hannah announced on her 18th birthday that she is launching Gosselin Girl Beauty.

She captioned a photo looking glammed-up while sitting in the backseat of a car with photographers around her: “Remember me… it’s my birthday and I’m back with a little surprise for you. Xoxo, Gosselin Girl.”

The Sun can exclusively reveal Hannah filed a trademark for Gosselin Girl by Hannah Gosselin on April 7, 2022, according to the United States Patent and Trademark Office.

Read more on the Gosselins

Gosselin Girl is listed under the Florida LLC KJ Calabasas, which was launched on March 1, 2022.

Hannah is listed as an “authorized person” on the business license, along with other registered agents.

Jon, 45, has primary custody of Hannah and Collin, while his ex-wife Kate has the remaining sextuplets Leah, Alexis, Joel and Aaden in her care.

Twins Mady and Cara, both 21, reside with their mom when home from college.

Hannah and her father Jon were recently in Miami, Florida visiting universities.

A source previously told The Sun: “Jon can’t believe his kids are almost 18.

“He wants to make sure he makes the best of his last year with Hannah and Collin. He still has high hopes that when his other kids turn 18 they can make their own decision to hopefully rekindle their relationship with him.

“Hannah has been talking nonstop about getting out of rural Pennsylvania and going to college in Florida. Hannah was even considering graduating early because she wants to start taking college courses and majoring in business.”

The Sun also reported on Hannah’s new company, as the insider continued: “She was approached by a company that has given her a huge opportunity and she is over the moon about it. She can’t wait to tell her friends and announce it to the world.

“She and Jon flew down to Florida for a photoshoot and to settle details on her new business endeavor.”

Jon and Kate, 47, have been battling in court ever since 2010 over custody of their eight children.

Jon has been outspoken about his estrangement from his younger children.

Jon appeared on Dr. Oz to give an update on their custody war in November.

The father of eight admitted he hasn’t spoken to his twins in eight years, adding: “I text them every single year.”

He said Hannah has “been snubbed by her brothers.”

She’s been in contact with some of her sisters, however.

Asked if his daughter misses Kate, Jon said: “No, I know that. She feels a little bit slighted from what things have transpired. I know she misses Leah and Alexis. She’s been snubbed by her brothers, so I don’t know what’s going on with that.”

The former TLC star shared that Hannah had recently been in touch with some of her siblings, getting together with them as they passed through Pennsylvania.

He said: “Hannah talked to them and they visited the county near where we live now and Hannah had dinner with them ’cause Mady goes to school in upstate New York.”

Back in September 2021, the ex TV star had obtained her nursing license after moving to North Carolina with her kids.

She has been living a low-key lifestyle out of the spotlight.

As for Jon, he remains in Pennsylvania, as he works as a DJ and is also employed at Amazon.

Refer to CaptionKate has the remaining sextuplets in her care[/caption]