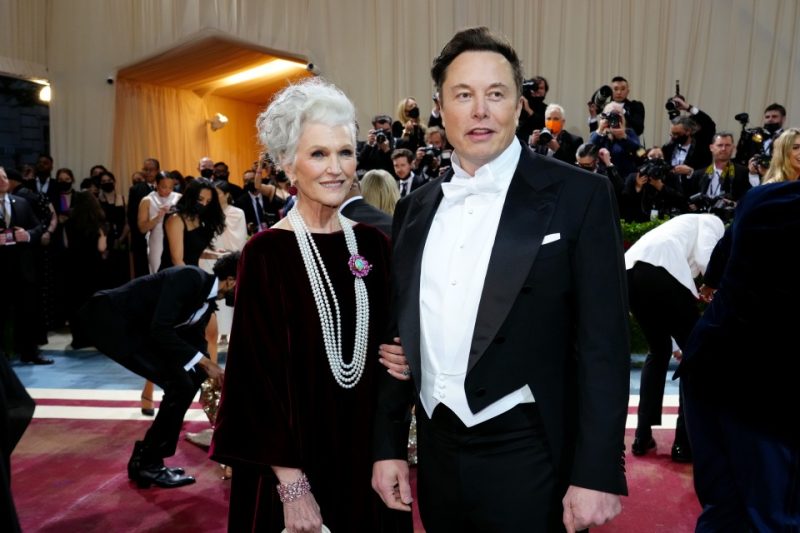 ELON Musk’s mom Maye has lived a glamorous lifestyle from an international modeling career to becoming a best-selling author.

Now 74 years old and a grandmother of 12, Maye apparently has no plans to slow down after her 50-year career as a high-fashion model.

Maye started modeling when she was 15. Since then, she’s become the oldest Covergirl and was featured on multiple billboards in Times Square in her 60s.

During her career, she walked for the likes of Dolce and Gabbana in Milan Fashion Week in 2019 and posed for the covers of Time Magazine and Vogue.

She’s known for her elegant style, joining Elon at this year’s Met Gala dressed in a stunning gown with several strings of pearls on her neck.

She was also stunning on Friday night at the season three premiere of Passionflix’s Driven, which is directed by her only daughter, Tosca. She took the red carpet in a semi-sheer light blue gown with a matching cape and strappy heels.

Read more on the Musk family

Everything to know about Elon Musk’s dad Errol

Maye was born in Canada but her family moved to South Africa shortly after. There, she became a finalist in the Miss South Africa Beauty contest.

She studied dietetics and nutritional science to earn two master’s degrees, using her knowledge to write a book to help others.

As a dietician, she regularly gives lectures and presentations around the world about entrepreneurship, aging, gender equality, single parenting, overcoming challenges, confidence, and health.

Her book “A Woman Makes A Plan, Advice for a Lifetime of Adventure, Beauty, and Success” is now in over 100 countries with more to come.

Her hard work has paid off, earning her the Outstanding Nutrition Entrepreneur Award, according to her website.

After marrying Errol Musk in 1970, she had three children with him.

When she divorced him in 1979 she took Elon, Kimbal, and Tosca Musk back to Canada to raise them as a single mom.

Maye is showing no signs of slowing down; in 2018 she told Forbes that she was looking forward to the 70 milestone.

“I feel like things are really going to take off in my 70s,” she said.

She recently scolded her son Elon on Twitter for tweeting about “dying in mysterious circumstances” on Mother’s Day.

The Tesla founder, 50, fired off his tweet on Sunday after apparently receiving a chilling message in the Russian media.

Musk shared a post that suggested Moscow’s space chief Dmitry Rogozin had attacked the use of his Starlink satellite equipment in Ukraine.

He added: “If I die under mysterious circumstances, it’s been nice knowin ya.”

But Maye replied: “That’s not funny.”