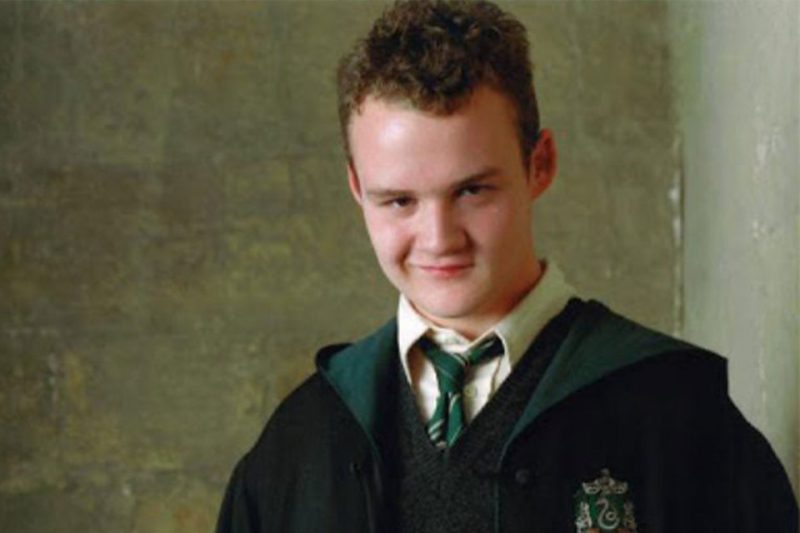 TWO decades have passed since the magical world of Hogwarts first graced our screens – and one of the actors looks completely unrecognisable since appearing.

Harry Potter and the Philosopher’s Stone was the perfect start to capture the imaginations of a generation and featured an array of weird and wonderful characters.

In particular, Gregory Goyle – portrayed by Josh Herdman – who appeared as the devoted sidekick of villain Draco Malfoy.

After debuting as a fresh-faced 13-year-old, Josh returned to his role as Goyle over the next decade in all seven sequels.

Since then, the actor went from henchman to hench after taking up a career as an MMA fighter, much to the surprise of Harry Potter fans.

The series sees celebrities competing in a series of games with the hopes of being crowned top of the medals table.

Six male and six female competitors will battle it out in a series of Olympic style events.

Each contestant will put their sporting skills to the test in activities such as a 100-metre sprint and diving in order to climb the medal table.

‘WHAT ABOUT YOUR SON?’

Days before the challenge, the tattoo-clad star told how he is “ready for this.”

Meanwhike off screen, Josh is a black belt in Japanese Jiu Jitsu and life long martial artist, who won his first fight against Janusz Walachowski in 2016.

His most recent fight was in February 2018, which ended in another win for the former Slytherin wizard.

The father-of-two, now 33, told the Daily Star he chose the sport because he was a “party animal” and “needed something to focus on”.

He explained: “I chose MMA because I love the sport – it’s raw, exciting and unpredictable.

“You need discipline, you need tenacity and you need the drive to keep at it.”

The tattooed fighter – now totally unrecognisable since appearing in Harry Potter – frequently appears at conventions dedicated to the film around the world.

As of right now, he is continuing with his MMA career – but has no plans to fight any time soon.

Despite veering away from the acting world, Josh does still take the occasional role including the Anna Friel drama Marcella and the ITV drama White House Farm.

Josh has also gone on to a few other flicks including the 2018 film Robin Hood, alongside Taron Egerton, Jamie Foxx and Jamie Dornan.

Josh impressed in the 400m in the first ITV show, coming in second placeRexGregory Goyle appeared as the devoted sidekick of villain Draco MalfoyJosh returned to his role as Goyle over the next decade in all seven sequels.