Who is American Idol’s Christian Guardino? 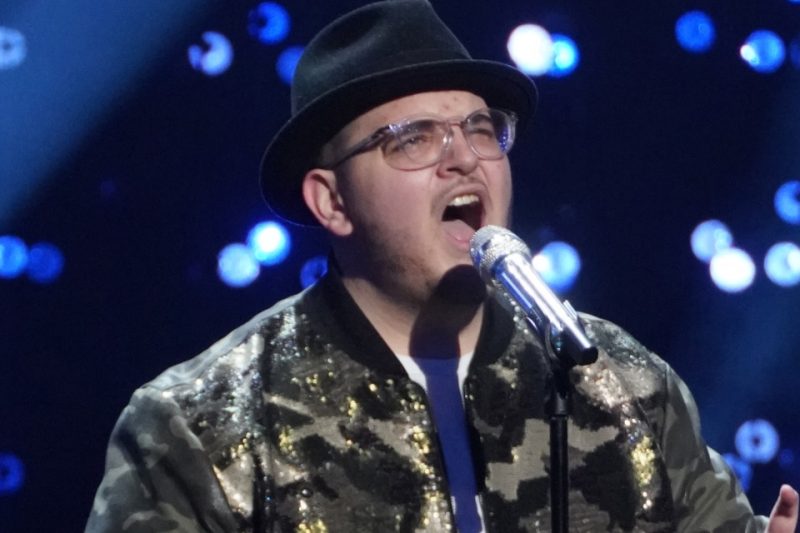 AMERICAN Idol is down to its top 20 contestants, with Christian Guardino leading the way with his performance on April 17, 2022.

Christian made it to the top 7 of the American Idol contestants, ultimately being eliminated on May 8.

Christian Guardino made it to the top 20 on American Idol

Who is Christian Guardino?

Christian Guardino, 21, joined American Idol for its 20th season and has made an impact on the judges for his resounding voice and his ability to overcome the setbacks and struggles he has encountered throughout his life.

Guardino was diagnosed with a rare genetic eye disorder, Leber Congenital Amaurosis, which affects the retina, impairing the individuals’ vision.

His remaining vision continued to deteriorate as he got older, but when he reached his teenage years, Guardino participated in a gene therapy trial.

It was while attending the Foundation for Retinal Research conference in Philadelphia in 2012, that Guardino’s family learned about a new trial that could restore his eyesight.

At 13 years old, he and his family traveled to the Children’s Hospital of Philadelphia and Spark Therapeutics to participate in the RPE65 gene therapy clinical trial.

The trial was successful and restored his eyesight to about 80 percent.


Kylie shows off her $72M jet with custom seats and $1.6K Hermes blankets

“What’s so incredible about this experience is that it’s given me an amazing platform to raise awareness,” Guardino told the Foundation for Fighting Blindness in 2017.

“What really makes me emotional and happy is that I’ve been able to reach people with LCA and other eye diseases and inspire them,” he said.

Guardino has since gone on to perform on America’s Got Talent and made it to the semi-finals before being eliminated.

He has also released his three singles Waiting, Missing Part of Me, and Wishful Thinking.

What happened on American Idol?

Guardino brought Katy Perry to tears during his rendition of John Lennon’s song Imagine on April 17.

The crowd cheered for Guardino as he hit the notes in a perfect rhythm, and as he ended the song, Perry, Lionel Richie, and Luke Bryan sat back in disbelief before each telling Guardino he encapsulated the full meaning of the song.

Richie was the first to speak, telling Guardino, “You are the poster child for the power of the human spirit. There are so many people in this world who would say ‘What’s wrong with my life?’ And you walk out and say ‘Let me tell you what’s next.’”

Perry appeared to have a difficult time holding back her tears as she told Guardino that he is making an impact through his music.

“Hearing what you have overcome and the mountains you’ve climbed and the attitude of gratitude that you have, and then you sing Imagine, which is a world-changing song – like, you are put on this planet to do something super powerful and you are doing it right now and in this room,” Perry said, adding, “God bless you Christian.”

Unfortunately, Christian was eliminated from American Idol on the May 8 episode of the competition series.

How can you watch American Idol?

For those without cable, you can stream the show on FuboTV or DIRECT TV stream.