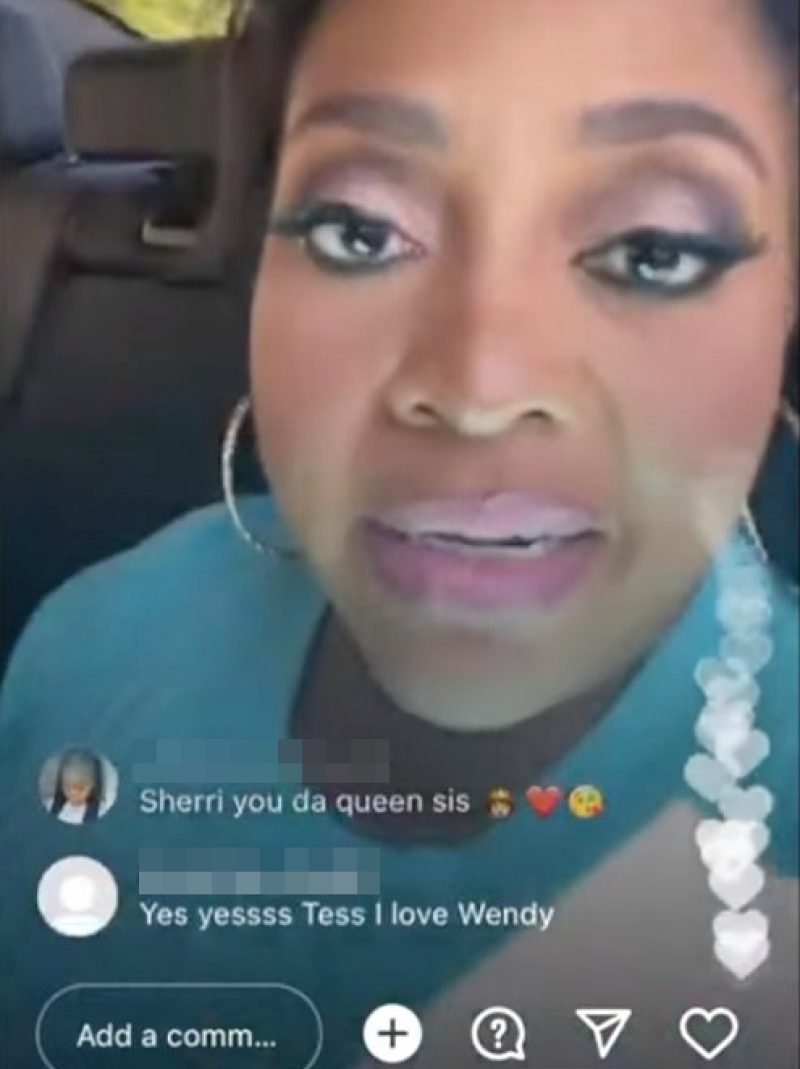 SHERRI Shepherd has broken her silence on Wendy Williams’ diss and says she is very concerned for the ex-host.

She will be replacing Wendy on her show this fall.

Felipe Ramales / SplashNews.comWendy Williams is seen out and about in a in New York City in a wheelchair after having health issues[/caption]

During a live chat with rapper Fat Joe, Wendy explained that she will not be watching Sherri’s new show.

After the former host said that she wants to come back to her show, she told Fat Joe that she does love Sherri, but she loves being on her own show and plans to come back.

Sherri was on Instagram live over the weekend and responded to Wendy’s diss.

“Yeah. I watched Wendy Williams live with Fat Joe,” she chuckled. “I absolutely did.”

“I did hear Wendy say she will not watch me on the new show. And that’s okay. You know, I understand,” she said into the camera.

She let the world know that she is not mad at Wendy for saying those things after taking questions from fans.

The former The View host told fans to “pray for her” because she is “going through a lot.”

“I’m not mad at Wendy. She’s going through a lot. I’m truly concerned for her.”

Another fan said that Wendy is bitter, but Sherri said she is not, at least not with her, she just has a lot of things to deal with including her bank account being frozen, being alone, and not being well.

Sherri went on to say that although the two women are not close friends, they used to run in the same circles.

Back in February, Sherri announced that she will be the host of a new talk show, Sherri, which will replace The Wendy Williams Show this fall.

“Starting in September I am starting my own talk show!”  she told fans.

After her big announcement, the show’s press team sent out the official release that made it clear- Wendy is not returning to her own show.

Insiders for Wendy told The Sun at the host and her inner circle feel disrespected by Sherri for making the announcement about her new talk show.

“Sherri’s show was announced on The Wendy Williams Show, with Wendy’s audience and with all of her followers.”

Wendy had to leave her purple chair last year after numerous health problems.

Some of the many medical problems she has been facing include Grave’s Disease, addiction, and COVID-19.

A source close to her told The Sun that she isn’t the same as she used to be.

“The spark is gone. That Wendy, who for ten years had that spark in her eyes, that cheeky grin and that little wink is not the same now.”

“She’s not always functioning like she used to be. She has days where she needs help eating, getting out of bed and getting dressed,” they continued.

The source added that doesn’t always recognize people she has known for years.

Wendy has been showing improvement, especially in her latest video, as she was not seen in a wheelchair.

“She looks good! She isn’t fully back, but she seems like 80% of her old self. In another couple of months, and I bet she’s totally back,” an insider said.

“Wendy has vowed not to drink and she is eating much healthier these days and it shows, her legs aren’t nearly as swollen,” the added.

The source said not only that, but Wendy is wheelchair free.

Wendy has not appeared on her show since July 2021.

The series has been hosted by a rotating cast of celebrity guests including Sherri, Michael Rapaport, Leah Remini and Michelle Visage.

Wendy most recently appeared at the Met Gala, earlier this month.

Wendy Williams at the Met Gala 2022 After PartyRex