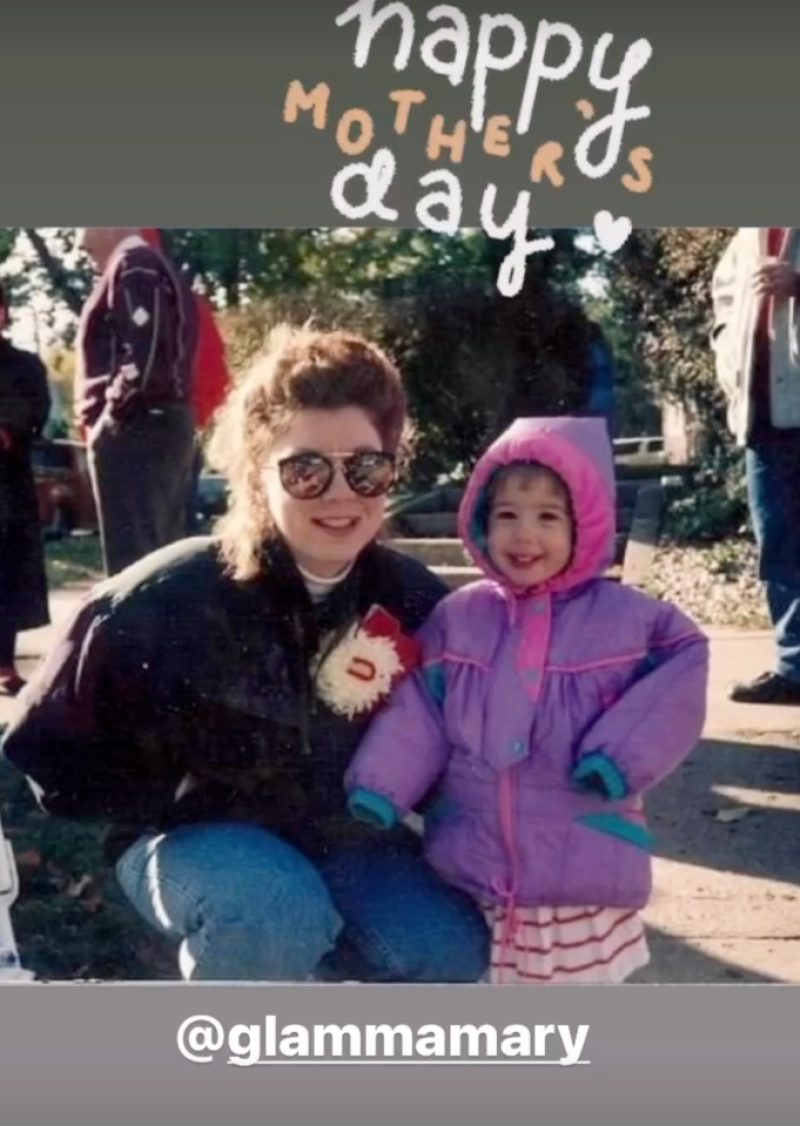 TEEN Mom fans are shocked at how much Chelsea Houska looks like all three of her daughters after seeing a throwback snap.

The former MTV star, 30, has four children – three with husband Cole DeBoer and one with ex Adam Lind.

On Sunday, Chelsea celebrated Mother’s Day with an online tribute to her mother.

The former reality star shared a photo of herself and her mom taken many years ago, while she was still a child.

Many compared Chelsea to her own children – specifically her daughters.

“I thought that was Amber and a young Aubree for a second lol,” one person commented.

Another added: “Chelsea, Aubree, and Layne are identical. So cute.”

Another fan commented: “Aubree looks so much like her!! Omg.”

Someone else wrote: “I see so much Layne in that childhood photo of Chelsea.”

Chelsea and her kids aren’t the only lookalikes.

Cole, her husband, recently shared a photo with his brother.

Fans were shocked at how much the pair resemble one another.

On Instagram, the 34-year-old posted a picture of himself and his big brother.

The snap showed the duo sporting the same wide smile and toned physique.

Even their facial features looked almost identical, but there was one noticeable difference between the them

Brock showed off his mane of long hair – a very different style to Teen Mom star Cole’s short back and sides.

The uncanny resemblance didn’t go unnoticed by the home builder’s followers, who rushed to the comments section to weigh in.

“Now I know what you’d look like with long hair. Twins!” one wrote.

Another agreed: “Same guy, but with long hair”.

A third asked: “Are you guys twins? I have an identical twin and it’s so fun. If you’re not twins, you certainly look like twins.”

Brock is not Cole’s twin, however.

He works as a porcelain artist and lives in Los Angeles, a long way from 30-year-old Chelsea and her hubby’s home state of South Dakota.

The MTV stars have spent the last few months settling into their $750,000 farmhouse, and last month, gave fans an update on their new home.

Taking to her Instagram Stories, Chelsea showed off the zen vibes and images of wild deer grazing in the couple’s yard.

The couple finished the construction of the farmhouse in 2020.

She and Cole share a son, Watson, five, and daughters Layne, three, and Walker, one.

Chelsea and Adam are parents to Aubree, though Adam has had limited involvement in his daughter’s life.

Instagram/@chelseahouskaThe duo, set to star on HGTV, tied the knot while starring on Teen Mom[/caption]