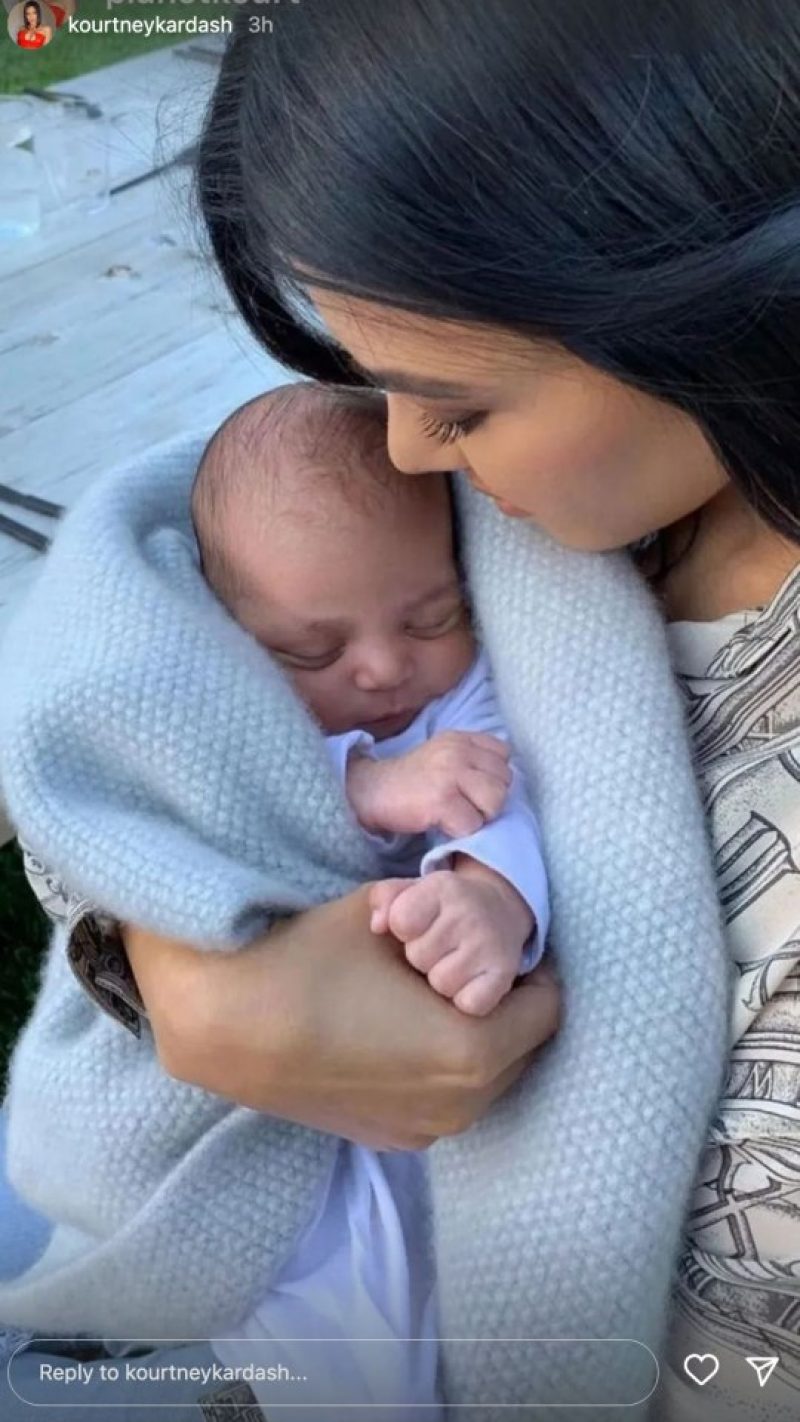 KOURTNEY Kardashian shared a series of adorable throwback photos with Kim Kardashian’s son Psalm in celebration of his birthday.

The KKW Beauty mogul’s youngest son had a Hulk-themed bash with family and friends.

In the photo, she appeared to be holding him while sitting at a table outside.

Psalm, now three, is wrapped in a blue blanket and appears to be asleep.

Kourtney’s face can’t be seen in the pic, which she posted to her Instagram Story.

The mom of three shared a second snap, seemingly taken on the same day.

In it, both Psalm’s and her face are more visible.

Kourtney appears to be almost holding the newborn’s hands, which are peaking out from the blanket.

Kourtney went on to share yet another throwback with her nephew for his special day.

In the photo, both she and the boy appear to be riding horseback.

Kourtney is wearing a blue vest and a bandana covering her hair.

Psalm, for his part, is seen smiling in a blue vest with a brown long sleeve top sticking out.

He has a large cowboy hat on his head and is smiling from ear to ear.

Kourtney shared a fourth photo of her in a formal gown, with Psalm peeking over her shoulder.

He appears to be wearing a little button down shirt in the snapshot.

She shared the snaps amid rumors that she’s pregnant with a baby of her own with fiancé Travis Barker.

The post comes days after the Kardashians threw a party celebrating Psalm.

Then, on Monday, the SKIMS founder shared a moving tribute to her son.

She posted a series of photos of him, starting with a black-and-white picture of them together.

“Your smile lights up the room and your loud laugh and snuggles are the absolute best!!!”

Her message concluded: “My baby boy for life!!!! I love you so much!”

Kim previously shared several snaps from the party, including photos with her other children.

In one photo, the reality star posed with North, eight, Saint, six, and Chicago, four, while holding her youngest on her hip.

Kim flexed for the camera while showing off her bleach blonde hair and over-the-top green decor in the background.

But fans were more focused on North in the photo, as she stood smiling next to her family members.

The eldest of Kim and Kanye’s kids wore black jeans, an emo graphic tee, braces, and her hair super straight as she squished slime in her left hand.

North looked all grown up in the photo, with her mom’s features showing through.

Fans flocked to the comments to wish Psalm well, while others noted how similar North looked to her mom in the image.

“North is turning into your mini!” one commented, receiving 2.6k likes in agreement.

“North is straight Kim, had daddy’s cheeks for a second, but she’s Kim’s twin!!!!! Google pics of Kim when she was young, looks just freaking like her! None of her kids have ever looked 100% like their father!” a second agreed.

“North is so beautiful. She looks like Kim in her younger days,” another wrote.

“North is so biggggg,” a fifth remarked while a final expressed: “Wow north look like a teenager. She’s so pretty.”