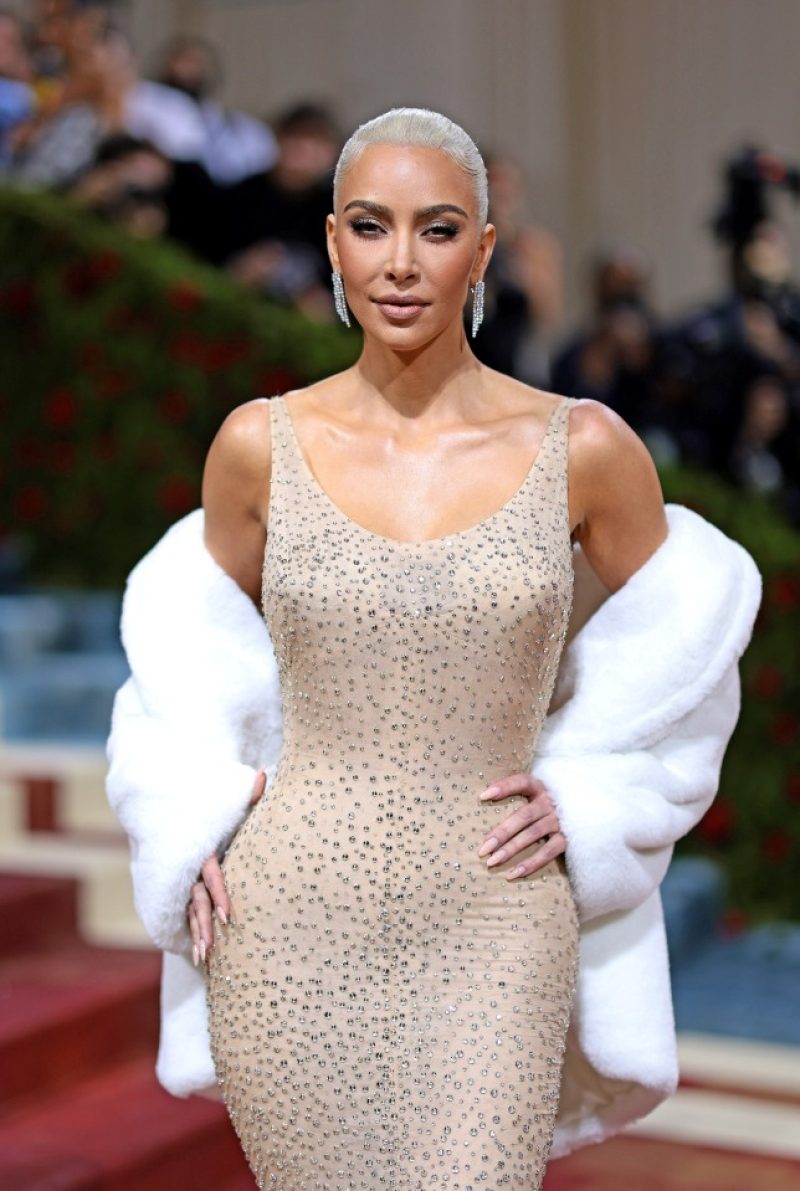 KARDASHIAN fans are praising Kim, calling her real skin amazing after seeing an unedited photo from the Met Gala.

Kim, 41, shared several photos from the event on her own social media, and while those had people talking it was unedited pics that surfaced online that really set tongues wagging.

On Reddit, users posted snaps from the red carpet that showcase her real skin – texture and all.

While some users were skeptical, the majority of commenters were kind.

The person who posted the photos titled the thread: “I love these unedited pictures where you can actually see skin texture.”

A commenter added: “It’s ok for women to have pores.”

A second fan added: “She actually looks really good but she does NOT look like the baby faced pictures she posts of herself now.”

Another wrote: “Her skin actually looks so good.”

Although Kim is being praised for a very real photo, she was recently slammed for photoshopping another.

Days after the Met Gala, fans are still buzzing about the iconic outfit Kim wore to the event.

The Keeping Up With the Kardashians alum continues sharing photos from the fashion event.

One caught the eyes of fans who were quick to point out a major photoshop fail.

Kim appeared to have edited her legs in the gown in photos she shared.

One Reddit user pointed out the faux pas by posting side-by-side snaps, comparing the altered photo and the original Getty image.

The snap captured Kim from behind as she walked up the stairs.

The TV star showed off her look to the cameras in the curve-hugging gown as her comedian boyfriend Pete Davidson was helping her up the stairs.

Fans noticed her legs seemed to be photoshopped in the snaps Kim shared, pointing out a slight difference between the original image and the one Kim shared.

There appears to be a natural curvature in Kim’s leg in the actual shot, showing her bending her knees to climb the stairs.

The user who first noted the mishap wrote: “My new hobby is looking at what silly stuff Kim edits from the professional event photos for her Instagram.”

Others mocked the model for her photoshopping skills.

“Her knees??? I actually think they look better in the Getty image! Also dear god that dress does not fit her UGH,” one person wrote.

Kim has faced a lot of backlash for wearing the iconic gown to the Met gala.

Many claimed she decreased the dress’ value by wearing it on the red carpet.

One concerned fan raised the question in the comments of one of Kim’s posts from the night.

“Does the dress now decrease its (symbolic, economic) value?

“Because Marilyn not being the last person who’s worn it… Just curious…” they asked.

The question led to a mixed bag of responses as one person said: “She definitely cheapens it. This move has me heated, sorry.

“On Marilyn it was breathtaking, on this one it’s just another tight dress.”

Another added: “… It probably depends on who the buyer is (if it is auctioned again).

“But for the general public? Yeah, honestly I’d say it kind of loses a bit of its magic and specialness.”

Others thought it was a positive move for the dress as one wrote: “I think it absolutely increases its value. It has been brought back to relevance and public knowledge — so many people weren’t aware of the dress before and know it has become famous, again…”

Kim has been generating tons of buzz from her Met Gala appearanceGettyThe reality star attended in Marilyn Monroe’s Met Gala dressGetty Images – GettyAlamyShe was joined by her boyfriend Pete Davidson, who has not previously attended the event[/caption]