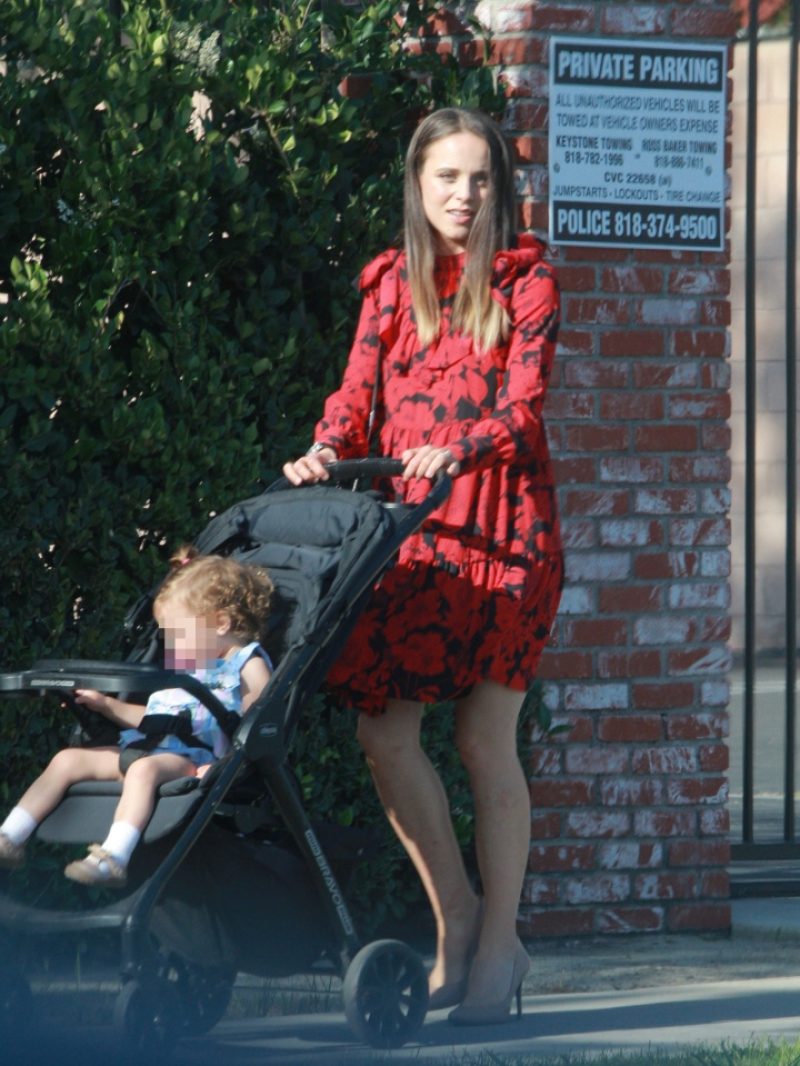 JINGER Duggar has shown off her thin figure in a sexy red dress and nude heels.

She put on the rebellious display as she made her way to her husband Jeremy Vuolo’s college graduation dinner.

In photos exclusively obtained by The Sun, 28-year-old Jinger continued to defy her family’s strict dress code as she glammed up in a stunning red floral dress.

The Counting On-alum teamed the elegant look with a pair of classy nude heels after she rocked a pair of red stilettos to Jeremy’s graduation party.

She even straightened her hair and appeared to be wearing makeup as she made her way to the dinner.

Jinger was pictured alongside her husband and their two daughters and his parents, Charles and Diana Vuolo.

The family was in the mood to celebrate after Jeremy completed his Master’s of Divinity degree at the Master’s Seminary in Sun Valley, California.

The former pro soccer player, 34, plans to further his studies this summer to obtain a Doctor of Ministries degree at the same institution.

Jeremy looked dapper as he dressed up in a charcoal suit and a black tie.

Despite the occasion, no members of Jinger’s family made their way over to California to join in the celebrations.

Jill IshkanianJinger flaunted her long legs in these nude heels[/caption]

The Duggar family is going through a tough time after Jinger’s brother Josh Duggar, 34, was found guilty on child pornography charges last December.

He faces sentencing on May 25.

WEAR ARE YOU GOING?

The mom-of-two has distanced herself from her family after she and Jeremy decided to relocate to the Golden State so he could pursue his studies.

And it’s unlikely that her folks would approve of her latest outfits, given patriarch Jim Bob’s strict views about the way women should dress.

As TLC viewers saw on their now-canceled shows, The Duggar family observed a strict dress code that usually only permitted women to dress modestly and to wear dresses.

One of these inflexible rules included not allowing women to display their legs or dress in a revealing manner.

Dad Jim Bob, 56, and mom Michelle, 55, have stuck to these strict rules because of their devout Christian lifestyle, but Jinger has continued to rebel against them.

The TV personality has let her hair down as she settles into LA life, and was pictured last month wearing tight jeans and sneakers by the pool.

Jishphoto.comJinger has broken away from her family’s strict rules since moving to LA with Jeremy[/caption]