Jeopardy! fans accuse Mayim Bialik of ‘changing pace of game’ as she returns to show amid Ken Jennings’ long hiatus 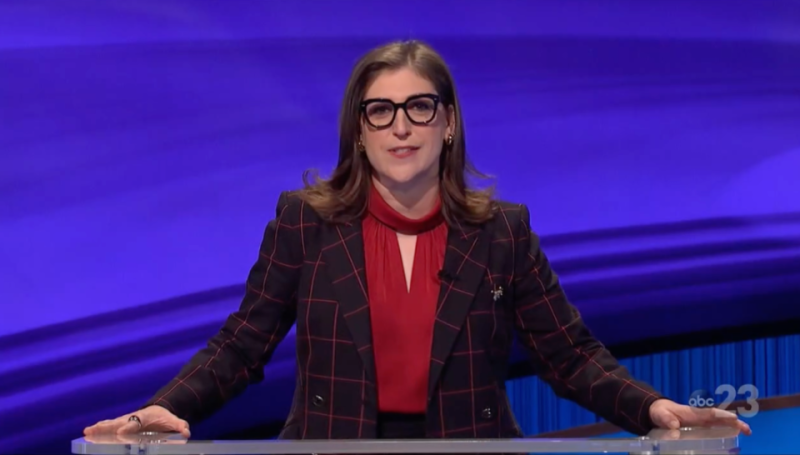 JEOPARDY! fans accused Mayim Bialik of “changing the pace of the game” as she returned to the show.

She currently shares the role of host with the former champion, 47.

However, not all viewers were happy to see Mayim back on their screens.

Taking to Twitter, one complained: “I feel like Mayim brings the pace of the game down so much”.

Jeopardy!’s Mattea reveals if she wants Ken or Mayim to be permanent host

Another raged: “‘l’ll be watching something else this week. Mayim Bialik is hosting.”

Viewers were not only sad to be without Ken, but also former champion Mattea Roach, whose 23-game winning streak came to an end last week.

“What’s worse than Mattea losing? Seeing that Mayim is the host tonight. Time to change the channel”, wrote one.

Another complained: “Ken Jennings, Jeopardy! needs you back full time, all the time, and ONLY you.”

Many hardcore fans of the game show were left disappointed over the weekend as Ken announced he is taking a long hiatus.

Addressing his 490k followers on Twitter and millions of Jeopardy! fans around the world, the Washington native announced: “I’m handing the keys back to the talented actor-producer-writer-director (!) Mayim Bialik for a few months.”

He sang his costar’s praises as he continued: “We are lucky to have her!

“Thanks for watching, and I’ll be back before the end of the season.”

However, Ken’s loyal fans were not happy to hear that he will be away from their screens.

One wrote: “For a few months? Guess I won’t be watching for that long, then.”

Another added: “You will be so missed, Ken! You just need to be the permanent host! Why is this not obvious to the powers that be?”

A third chimed in: “No! No Ken… I guess I can skip Jeopardy! for awhile,” while one said, “… A couple of months is way too long!”

Fans are now eager to know who the new permanent host will be after Jeopardy! legend Alex Trebek passed away in 2020.

He had hosted the game show since its premiere in the early eighties, heading up nearly 8,000 episodes.

Alex was set to host until 2022, according to the New York Times.