Is Candy a true story? 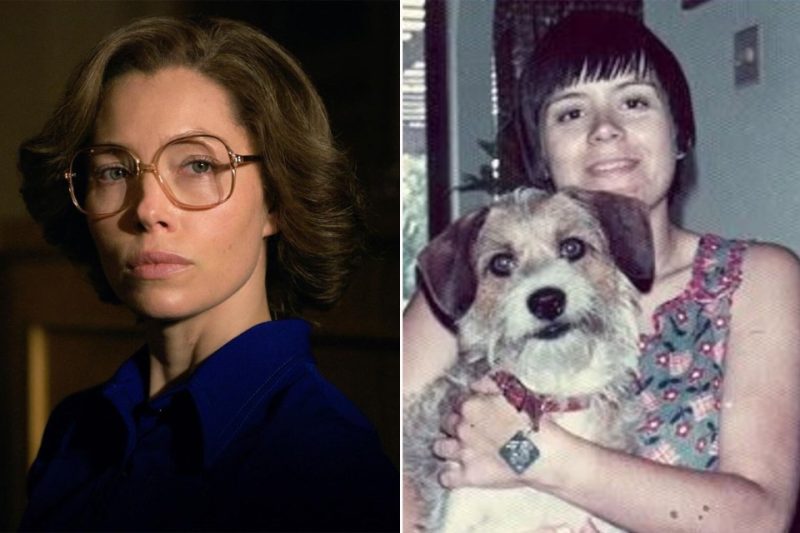 VIEWERS are tuned in to watch the story unfold on Jessica Biel’s Hulu crime drama, Candy.

With the television retelling of Candy Montgomery’s headline-making trial gaining public interest, audiences are curious to know more details about the true story that took place decades ago.

Is Candy a true story?

The show is set to air for a total of five episodes and is slated to reach it’s conclusion days later on May 13.

Audiences got the chance to see Jessica Biel step into the role of the titular character, who went on trial decades earlier for the murder of her friend and neighbor Betty Gore.

Betty is portrayed by Don’t Look Up actress, Melanie Lynskey.

Based on a true story, the program explores the events that lead up to Candy’s real-life killing of Betty.

What happened to Candy Montgomery?

On June 13, 1980, Betty Gore – an elementary school teacher – was found dead by her neighbors Lester Gaylor and Richard Parker.

Betty’s body was found mutilated with 41 ax wounds and the murder weapon was found in the Texas home she shared with her husband and children.

The evidence of fingerprints and footprints found at the crime scene led to her other neighbor, Candy, and her arrest on June 27, 1980 – she was charged with Betty’s murder.

most read in crime


Everything to know about accused murderer Ryan Duke

When Candy’s trial commenced in October 1980, she confessed to killing Betty in self-defense.

As a result of learning about her husband Alan Gore’s affair with Candy, the assailant alleged that it was Betty who attempted to attack her with the ax first.

The killer further claimed that the victim lost control of the weapon at one point, which resulted in a struggle between the two women.

When the alleged struggle reached it’s climax, Candy claimed Betty was the aggressor, which is why she ended up brutally killing her with the ax.

Thanks to psychologists who testified about Montgomery’s “dissociative reaction” in court, the mother of two was successfully able to stand firm on her claims of self-defense.

According to a 1984 report from Texas Monthly, hypnotherapist Dr Fred Fason held hypnosis sessions with Candy and traced her violent response to childhood trauma.

The hypnotherapist reportedly testified that Montgomery was overtaken by rage due to a traumatic punishment suffered during childhood.

Dr Fason and other psychiatrists said that Montgomery’s attack, and her behavior afterward, were aspects of her psychological condition.

Dr Fason claimed that he sent Montgomery into a trance during hours-long hypnosis sessions, making her re-state the events of June 13 again and again.

On October 29, 1980, Candy was acquitted of all of the charges brought against her due to her pleas of self-defense.

How can I watch Candy?

The Jessica Biel and Melanie Lynskey-led Candy is one of two programs based on the 1980s true-crime story scheduled for release in 2022.

Following the completion of the Hulu series on May 13, viewers can expect another Candy Montgomery-centered series to be made available on HBO Max.

HBO Max will premiere Love and Death later in 2022.