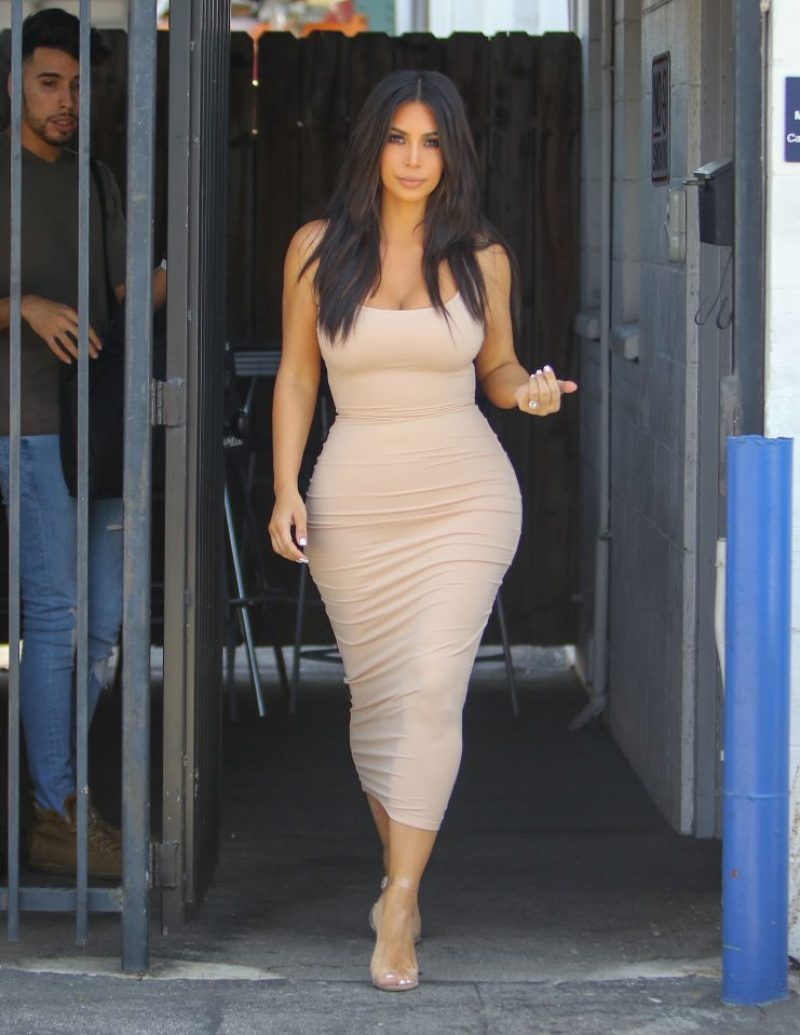 THE Kardashian sisters are known for highly-edited photos, but through the years have given looks at their real post-baby bodies.

Fans have watched as Kourtney, Kim, and Khloe Kardashian, as well as Kylie Jenner, gave birth and documented their journey back to their bodies.

GettyThe Kardashians are known for bringing fans inside their lives[/caption]

SplashWhile some are more private than others, the siblings are known for sharing pregnancies[/caption]

GettyThey also make a habit of documenting their postpartum journies[/caption]

Kourtney, 43, – the eldest of the Kardashian clan – was the first to give birth.

Her son Mason, whom she shares with ex Scott Disick was born in 2009.

The pregnancy was documented on Keeping Up With the Kardashians and the spin-off series Kourtney & Khloe Take Miami.

She got pregnant again, this time with daughter Penelope, who was born in 2012.

More on the Kardashians

Kim, 41, was second to get pregnant, welcoming her first child with Kanye West – daughter North – in 2013.

She went on to welcome three more children, though she only carried one more on her own. The other two were born via surrogate.

The KKW Beauty mogul documented her pregnancy struggles for fans, speaking often about her weight gain with both North and son Saint.

Next came Khloe and Kylie, who welcomed their first children – True and Stormi – in 2018.

The Kardashian family continued to grow, with Kylie and boyfriend Travis Scott welcoming their second child in 2021.

It’s not just the pregnancies fans are interested in, however.

The Kardashians have all spoken openly about their postpartum progress, bringing fans along to the gym, showing off their diets and documenting their struggles.

Here’s a look at all the times the Kardashian family has shown off their REAL post-baby bodies.

She kept it real about shedding the baby weight

Kourtney may be more private than her sisters, but she’s not afraid to show off her body.

It didn’t take long for the Poosh founder to get back to her usual posts after welcoming her first baby in 2009.

She documented the process, though not as rigorously as she did with some of her other children.

Then, in 2010, a magazine cover came out featuring a photo of Kourtney and her eldest child.

It alleged that she had shed her baby weight – a claim she was quick to refute.

OK! Magazine alleged at the time that Kourtney had quickly shed a significant amount of baby weight.

It also said that she gained a mere 26 lbs. during her pregnancy.

Kourtney later told Women’s Wear Daily: “They doctored and Photoshopped my body to make it look like I have already lost all the weight, which I have not.”

She further expressed her dislike of the cover on Twitter, writing at the time: “One of those weeklies got it wrong again… they didn’t have an exclusive with me.

Kourtney continued showing off her body in all it’s glory on social media, posing in swim suits, sharing cozy snaps with baby Mason and more.

After Penelope’s birth, she had even more weight to lose.

She shared with fans that she gained 44 lbs. and she started doing yoga, hitting the gym, and rocking a waist trainer to shed the weight and get back to her usual petite frame.

She credited sister Kim with kicking her butt back into shape, telling E! at the time: “If she wasn’t scheduling the workouts, I probably wouldn’t have been as motivated.”

Kourtney documented much of that journey on social media.

She also proudly showed off the product of that hard work online.

Splash NewsKim was next, speaking candidly about her weight gain struggles[/caption]

During both her pregnancy with North and son Saint, Kim faced criticism from fans about how much weight she put on.

She was open with fans about her personal struggles with the changes to her body, and documented the process of getting back to her pre-baby body.

In 2016, she chatted about postpartum body image on her now-defunct app.

She wrote at the time: “Having a positive self-image has always been important to me because it affects so many aspects of my life: my work, my relationship with my husband and my life as a mom.”

During her pregnancy with North, the SKIMS founder gained about 50 lbs.

It took her six months to shed the weight – documenting her progress throughout.

She shared significantly less at that time than she did wafter Saint, later admitting that she had a harder time accepting her body the first go around.

She said: “During my first pregnancy, I just wanted to cover up.

“I wasn’t used to how being pregnant made me feel, and I honestly had a hard time being comfortable with it.”

Kim added: “The second time around, it was easier for me to embrace the changes. I loved finding looks that showed off my pregnancy curves.”

After Saint, Kim had to lose 70 lbs, which wasn’t easy.

“After I had Saint, I decided to set goals for myself. I was motivated, but it was tough!” she said.

“It isn’t easy to just bounce back. I was so jealous of women who had these cute little baby bellies and would gain 25 lbs – and then, a few weeks after giving birth, somehow look exactly like they did before they were pregnant, lol. That’s not me.”

She started hitting the gym hard after her son was born, often documenting her workouts for accountability on Instagram and snapchat.

She told PEOPLE at the time that she cut her calorie intake to 1,800 calories per day and started on the Atkins 40 plan.

Kim captured her progress from start to finish, showing off the early days of her workouts and the end result.

She continues to hit the gym hard, but no longer has baby weight to worry about.

Social Media – Refer to sourceKhloe got pregnant next, around the same time as sister Kylie[/caption]

Khloe has often talked about her body image issues, her attempts to lose weight, and more.

After welcoming True, her one and only daughter, she revealed that she weighed more than 200 lbs.

Along with sisters Kim and Kourtney, Khloe got into peak physical shape via intensive workouts.

She filmed her early workouts, showed off her progress, changed her diet and spoke openly about her setbacks.

In 2020, Khloe got really candid about getting her body back after baby.

She chatted with Kourtney in a Poosh livestream, revealing: “I love quesadillas, I love anything True is eating.”

During the conversation, she reveals that she reached 203 lbs. after True’s birth.

The secret, she said, was exercise.

Khloe confessed: “In this world, I don’t really watch what I eat. That doesn’t mean I’m binge eating bags of chips all day.

“You never know if tomorrow’s happening. I would rather put effort into the gym than the kitchen.”

She emphasized focusing on small moments along the way, admitting it wasn’t easy to settle into those tough workouts.

Khloe said: “When I first started working out, it was agony.

“When I was heavier and when I was more unhealthy, I had no idea what I was doing. I think I started two days a week for the first two weeks, and then I advanced to Monday, Wednesday, Friday.”

Although Khloe is often criticized for photoshopping her photos, along with the rest of her sisters, she is also hailed for showing her progress – the good, the bad and the ugly.

Instagram/Kylie JennerKylie kept her first pregnancy a secret, but was very public about baby No. 2[/caption]

Kylie kept her pregnancy with Stormi under wraps, and was largely private about her postpartum journey.

With her son, however, she documented it all.

She was celebrated by fans for “normalizing normal bodies” when she shared a photo of her stomach with the new baby’s feet resting on it.

Her fans flocked to a Kardashians Reddit thread to show her love for sharing the reality of postpartum bodies.

One user wrote: “As a mommy, I love the rawness of this picture. The stretched skin, the postpartum tummy, the little extra weight. I just love it.”

Another added: “I love that she posted this. Normalizing normal bodies.”

“For women who have such big platforms, this is the type of content we need from them! I love this so much!” a third posted.

Another fan declared: “Honestly, this is probably the most beautiful picture she’s ever posted.”