Who will be the new Doctor Who? 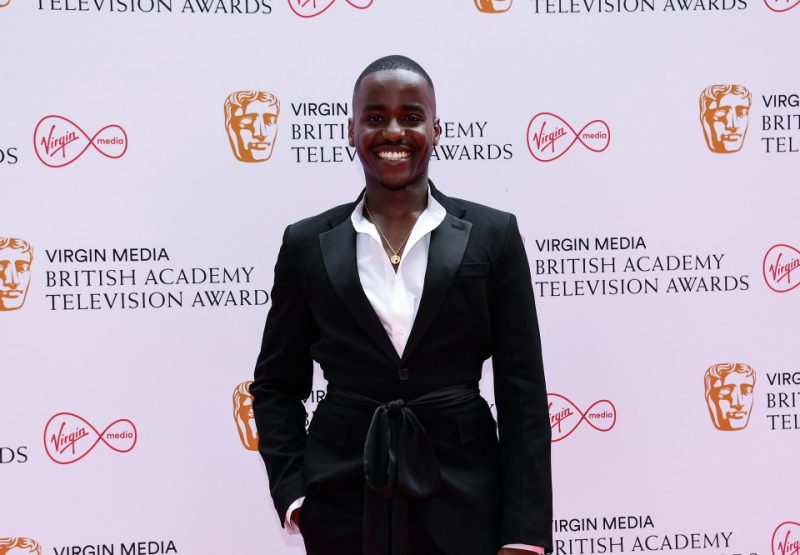 FANS around the world have been desperately wanting to know who will become the next Time Lord after Jodie Whittaker quit.

The first-ever female Time Lord, Jodie is leaving the show at the end of 2022, and her replacement is up-and-coming actor Ncuti Gatwa.

Who will be the new Doctor?

The new Doctor has been announced and will be played by Ncuti Gatwa.

Ncuti, 29, is the first black man to take up the mantle of Doctor and the second youngest actor to do so – the youngest was Matt Smith, then 26.

Exiting Doctor Jodie Whittaker has been playing the Doctor since 2017, taking over from legendary Scottish actor Peter Capaldi.

This new iteration of the Doctor will be the 14th, although there are more such as John Hurt’s War Doctor.

When will Ncuti Gatwa’s first Doctor Who episode be?

Jodie will leave the show at the end of 2022, so Ncuti will step into the role at the end of her final episode, ready for the next season.

Fans will be excited to watch the regeneration as this can often be a moving moment in the show.

Ncuti will have his debut season as the Doctor in 2023.

Russell T Davies, showrunner and Doctor Who legend, said: “Sometimes talent walks through the door and it’s so bright and bold and brilliant, I just stand back in awe and thank my lucky stars.

“Ncuti dazzled us, seized hold of the Doctor and owned those TARDIS keys in seconds.

“It’s an honour to work with him, and a hoot, I can’t wait to get started.

“I’m sure you’re dying to know more, but we’re rationing ourselves for now, with the wonderful Jodie’s epic finale yet to come.

Who was tipped to be 14th Doctor Who?

GettyDavid Tennant is the current favourite to be Doctor Who[/caption]

Tennant, who played the Doctor between 2005 and 2010, was heavily rumoured to be returning to the role.

According to the Daily Record, the actor is already set to return to the show for a handful of episodes to celebrate the series’ 60th-anniversary.

latest from doctor who


The new Doctor Who has been confirmed


A closer look at the Multiverse of Madness post-credits scene


The 100 BBC shows that changed telly – but which classics are missing?

Actor Omari Douglas could have been the next Doctor

Douglas impressed both Davies and viewers with his performance as Roscoe Babatunde.

This connection to Davies and his acting talent made him a popular choice as the top pick to take over as The Doctor.

A TV insider said at the time: “Omari is the perfect candidate on so many levels, including the fact that the BBC said they’d prefer the Doctor to be played by a non-white actor.”

While the BBC stuck to this diversity casting, Omari missed out on the role.

Years & Years frontman Olly Alexander was also in the running to replace Jodie.

He also had his breakout role in It’s A Sin, which won him a lot of praise from critics and viewers alike.

Russell previously admitted Olly would be a perfect fit for the role.

He told the Press Association: “I’m definitely not going to be the Doctor but it’s going to be so amazing, Russell’s Doctor.

“I mean, it was before, and it will be again, and it has been great.

“So I’m excited to watch the show because I’m a fan.”

Another It’s A Sin actor, Lydia has seen her fame soar thanks to her role on the series.

The actress also starred in the highly praised BBC One series Years And Years.

Lydia originally trained in ballet, tap, jazz and contemporary dance as a teenager, but quit after a foot injury.

After graduating from university with a degree in business, she worked as a personal assistant and trained part-time at Identity School of Acting.

Celebrated actor Michael Sheen is known for his chameleonic ability to transform into completely different characters.

In 2020, viewers saw him morph into Who Wants to Be a Millionaire’s Chris Tarrant on Quiz.

Before that, we saw him as ex-Prime Minister Tony Blair in The Queen and football manager Brian Clough in The Damned United.

Michael has a lot of chemistry with former 10th Doctor Tennant, who he starred alongside in Amazon Prime’s Good Omens and BBC One’s Staged.

After winning two Baftas for limited series I May Destroy You, which she created and starred in herself, Michaela Coel was another favourite to step into the Doctor’s shoes.

The Chewing Gum star is no stranger to sci-fi, previously acting in shows like Black Mirror and Aliens, and would undoubtedly have brought a fresh, exciting new take on the character.

However, many speculated that while Michaela is at such an incredible point in her career, it seemed unlikely she would want to give up her creative freedom to enter into a long contract performing someone else’s script.

T’Nia Miller is known for playing Hannah Grose, the housekeeper in The Haunting Of Bly Manor.

Before that she was known for playing Maxine in Sex Education – the same show that made new Doctor Ncuti famous.

You may also recognise her from Channel 4’s 2015 series Banana.