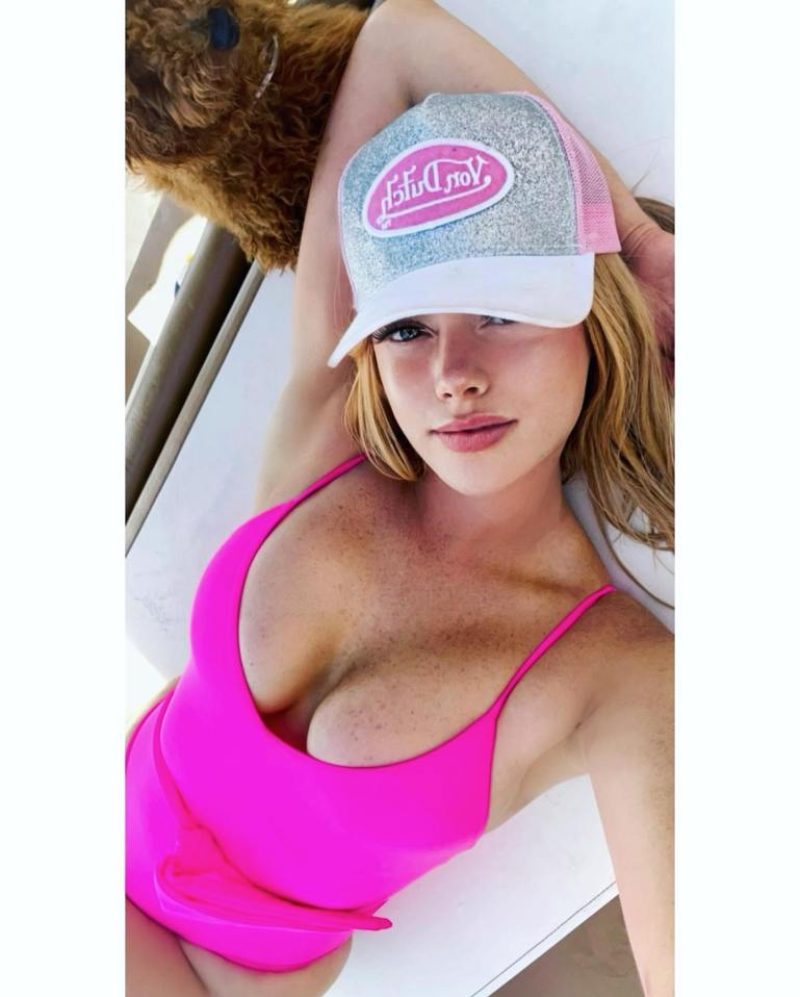 SOUTHERN Charm star Kathryn Dennis has shown off her curves in a tiny swimsuit.

However, she came close to a wardrobe malfunction as she flaunted her cleavage in a pink one-piece.

Taking to Instagram, 30-year-old Kathryn shared a since-deleted selfie as she soaked up the sun in South Carolina.

The Bravo star showcased her impressive figure in a bright pink swimsuit and a matching Von Dutch baseball cap.

She revealed her freckles as she lay outstretched on a lounger.

In the caption, she wrote: “Freckles are here, summer is near”.

The mom of two has been taking some time out recently to relax and enjoy the sunshine.

And she’s been keeping her followers entertained with plenty of photos while she’s at it.

Last month, she was praised for showing off her stretch marks in what appeared to be an unedited bikini pic.

She celebrated Easter early as she modeled black swimwear from the Beach Bunny line.

Southern Charm fanatics cheered for Kathryn as she flaunted her body in the natural picture.

One fan said: “Rock that mom bod,” as another added, “Yes! The real mom body! Thank you, brave mama!”

Between sending her fans wild with sexy swimwear pics, Kathyrn has also revealed that she is “missing” her kids.

She shares Kensie, eight, and Saint, six with her ex Thomas Ravenel, 59, but lost custody to them in March 2021.

Thomas accused his former partner of using drugs and neglecting the children.

Although she denied those allegations, the court ultimately sided with Thomas, who is the former Treasurer of South Carolina.

When she does get to spend time with Kensie and Saint, the reality star likes to keep her followers updated about their adventures.

In March the three reunited to celebrate Kensie’s birthday with a Limited Too inspired party.

And in late December, they enjoyed a belated Christmas get-together with their new puppy.