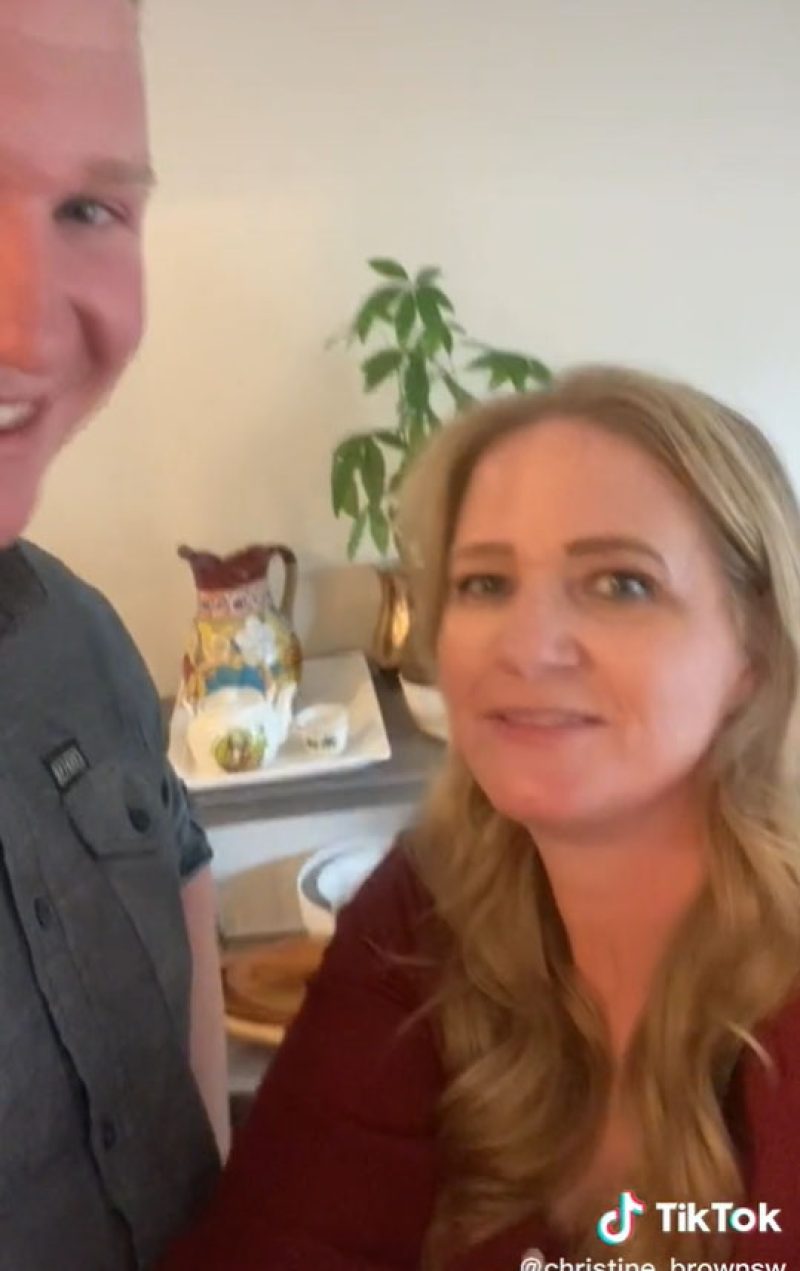 SISTER Wives star Christine Brown has joined TikTok and is “excited to meet new people” after her split from husband, Kody Brown.

Christine, 50, has starred in her first TikTok video with her son Paedon, 23.

In the nearly one miniute clip, the mother/son duo stood close to the camera.

Paedon started off: “So I was able to convince Mom…”

The Sister Wives star interrupted and fixed the camera’s position because she reminded him: “I’m short.”

Paedon laughed and continued: “So I was able to convince Mom to join TikTok. I’m very excited about it!”

He then asked his mother if she was excited, but she turned her face away from the camera.

Paedon added: “You want to lie to the camera real quick.”

The TLC star mentioned that her son “has been pressuring” her for about “four days to a year” to join the social media platform.

Christine said: “I’m actually super excited! I’m very excited to be on TikTok! I get to meet new people!” and screamed.

Paedon said to her: “You look super wonderful.”

After months of split rumors, Kody and Christine ended their marriage in November 2021.

Christine released a statement on social media and said: “After more than 25 years together, Kody and I have grown apart, and I have made the difficult decision to leave.”

Since her split, the TV star launched her new cooking show on the TLC website, titled Cooking With Just Christine.

In March, Paedon claimed in a TikTok vid that he was robbed while working out at the gym.

He admitted: “There’s nothing special about this except I pick up my wallet, and it’s empty.

“All my cash has been taken. “

Christine’s son previously dished about his “strange and weird” relationship with Robyn, his father’s “favorite” wife.

In February, Paedon told The Sun: “My relationship with Robyn has always been strange and weird. There are honestly so many reasons for that.

“I was rude to her kids. I saw my dad doing things with them that he didn’t do with me.

As for Robyn’s children, Paedon revealed: “My relationships with Dayton and Aurora are now great.

“My relationship with Breanna is not good at all, but that’s because she is several years younger than me.”