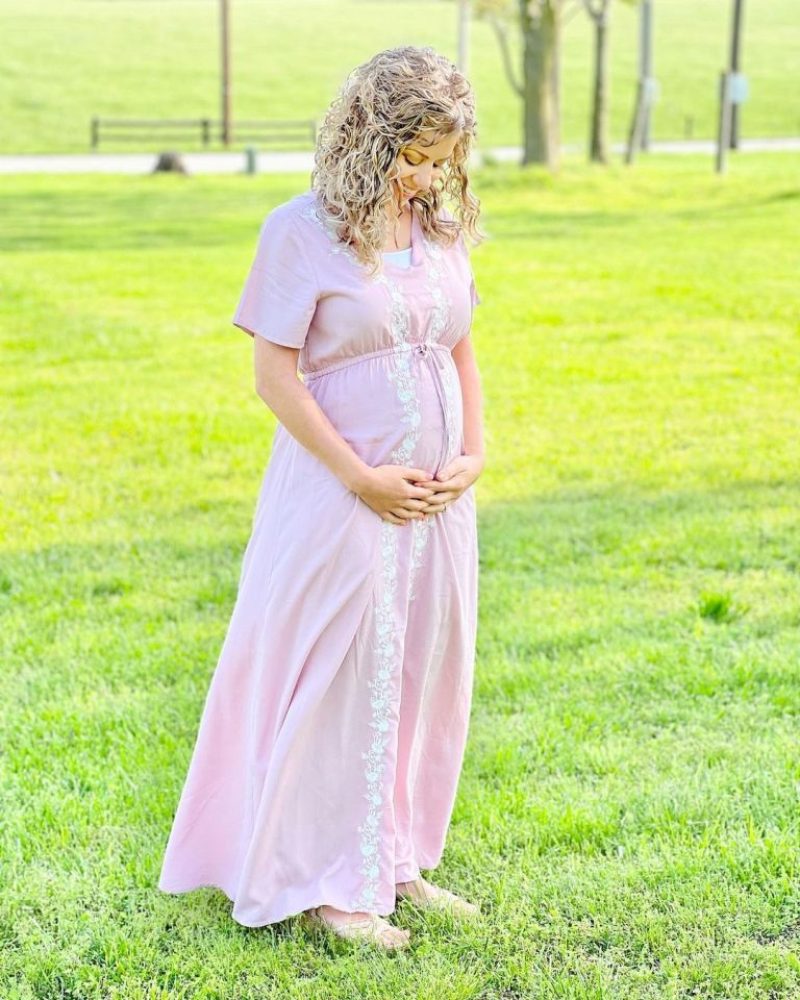 Taking to Instagram, Abbie, 30, subtly broke the news by showing off her growing baby bump.

She revealed in the caption: “To the little girl who calls me Mommy and our little boy due in late summer, I’ll love you forever!”

The soon-to-be mom-of-two looked glowing in a pink maternity dress.

Her friends and fans rushed to the comments section to share their congratulations.

19 Kids and Counting costar Josie Balka shared: “Congratulations! So happy for you.”

One fan wished Abbie a happy Mother’s Day and added: “I can’t wait to hear more about your precious baby boy.”

Another gushed: “Cute as ever! Enjoy your day!”

The announcement from the Counting On stars comes two years after they welcomed their first child, Grace.

However, nurse Abbie struggled with her first pregnancy, suffering from a severe form of morning sickness known as Hyperemesis Gravidarum.

She was even hospitalized more than once, and placed on an IV drip.

John previously told UsWeekly: “She couldn’t eat, pretty much, or drink, or anything… that was a pretty scary time.”

Today’s announcement may not come as a surprise to some Duggar fanatics, who previously suspected that Abbie might be pregnant.

Sharp-eyed fans found Abbie’s Pinterest, where she appeared to have a gender reveal party mood board.

The mystery page included spring-colored themes for decorations, games to play, and Easter-inspired ways to reveal whether the baby is a boy or a girl.

It’s been a big year for the couple, after John crashed his plane in January.

According to the accident report obtained by The Sun, the plane suffered “substantial” damage, but nobody was hurt.

John and Abbie released in a statement following the crash: “An emergency landing or any kind of plane crash is a scary thing, but it’s exactly what pilots are trained for.

“We are so thankful for God’s protection, as we all walked away without injuries when this happened last October.

“We so appreciate the love and care so many have expressed toward us!”

John is the third child of Jim Bob and Michelle Duggar.

InstagramJohn and Abbie married in 2018[/caption]

InstagramJohn, who has a lifelong passion for airplanes, crashed his Piper PA-30 in January, but nobody suffered any injuries[/caption]