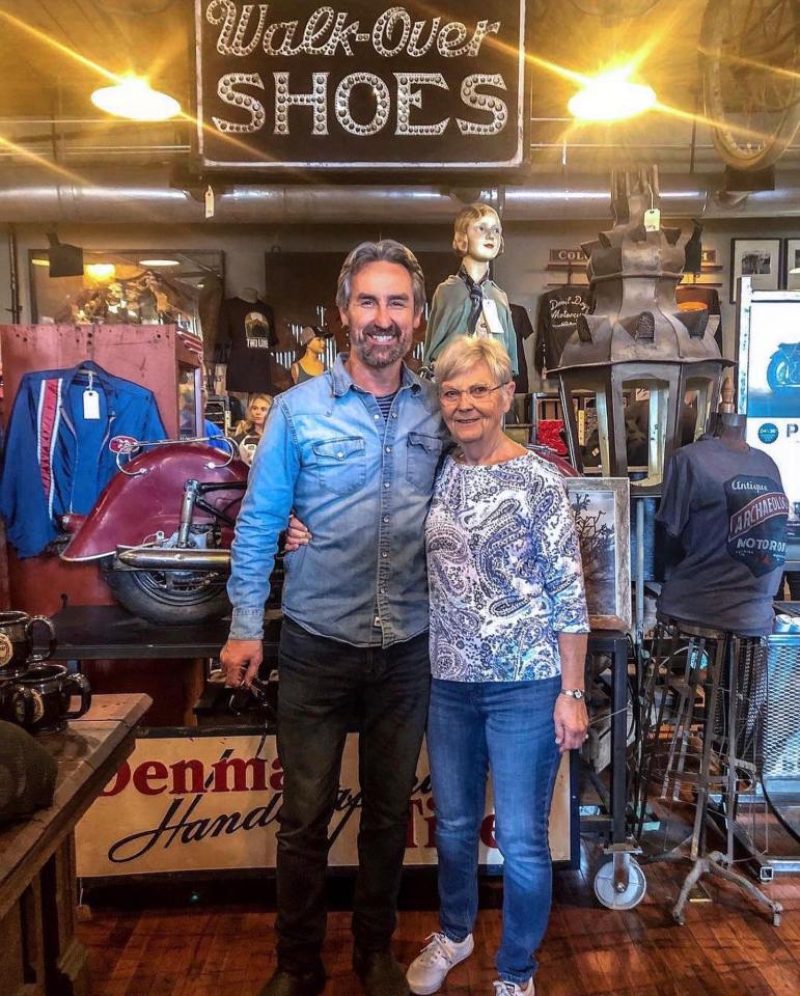 AMERICAN Pickers’ Mike Wolfe has thanked his mother for her “guidance and strength” after he had been feeling the “pressure” over the firing of his co-host Frank Fritz.

Mike, 57, has shared a special Mother’s Day tribute on Instagram.

In the photo, the American Pickers star posed with his mother as they stood under the large sign that said: “Walk-Over Shoes.”

The mother/son duo had their arms wrapped around each other’s backs.

Mike captioned the post: “Your love, guidance and strength continue to carry me through this beautiful life.

The History star shares his daughter Charlie with his ex-wife Jodi Faeth.

The couple had gone public with their relationship back in August 2021.

Their romance took place after Mike’s former partner Jodi had filed for divorce in November 2020.

One year later, Mike finalized his divorce with Jodi after about 10 years of marriage.

He added in his tribute: “Thank you for your sacrifices and for working so hard to raise three little babies on your own.”

The TV personality concluded: “You continue to teach me what’s important every single day. I love you so very much.”

Recently, the American Pickers star shared a photo of his two crew members while they were on set.

He wrote a lengthy message and admitted: “Blood, sweat, and tears with these two guys. My pick interviews are done on a different day. It’s a time frame thing there’s just not enough of it on pick days.”

The TV star opened up: “Finding the words after 13 years of doing this show becomes harder. A lot of it is the pressure I put on myself. And how much weight I put into telling people’s stories…

“These two help me and sometimes guide me. This shot is what I see when I’m filming. Encouragement, love, understanding, and a true passion for this project.”

Mike concluded that he has been “very blessed to have people in my life at this time that love what they do as much as I do.”

The Sun revealed that the ratings have plummeted since dropping to under one million viewers in January and last July, for the first time in years.

However, episodes featuring Frank had much higher ratings – including his final show on March 2020, which had about 1,282,000 viewers tuning in.

After his firing became public in July 2021, Frank ended up being replaced by Mike’s brother, Robbie.

Fans started to boycott the History show due to Frank’s firing as many viewers have deemed Robbie to be “boring.”

One viewer tweeted: “I tried to watch one of the new episodes a few days ago, and it isn’t the same.

“So sad as I have been a major fan over the years. I will continue re-watching the old ones instead. This maybe should have ended when Frank ‘left.’”